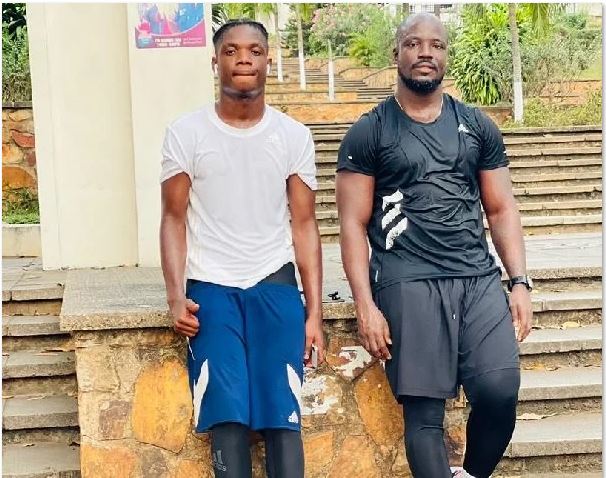 Rodney Appiah, son of Ghana legend, Stephen Appiah is hoping he can maintain his fathers legacy as he makes strides in his young football career.

Stephen Appiah captained the Black Stars to the 2006 FIFA world cup and made 67 appearances for the National team scoring 14 goals.

Rodney who was born in Italy begun his career at the Juventus Academy where he played as a midfielder.

The 19 year old signed for Ghana Premier League side Accra Great Olympics in the second transfer window and is hoping he can play even better than his dad and have a great impact on many.

“Obviously I will try my best to play way better than him, play well on the field so that I don’t destroy our name or anything. He said in an interview with 3Sports.

“He just keeps telling me to have fun on the pitch, I should just be myself but not like him and pray a lot.

“I like it when there is pressure on me, I won’t panic or anything, I will just do what I can do.”

Accra Great Olympics take on Kumasi Asante Kotoko in Match Week 20 of the Ghana Premier League and Rodney Appiah will be looking to make his debut for the club.