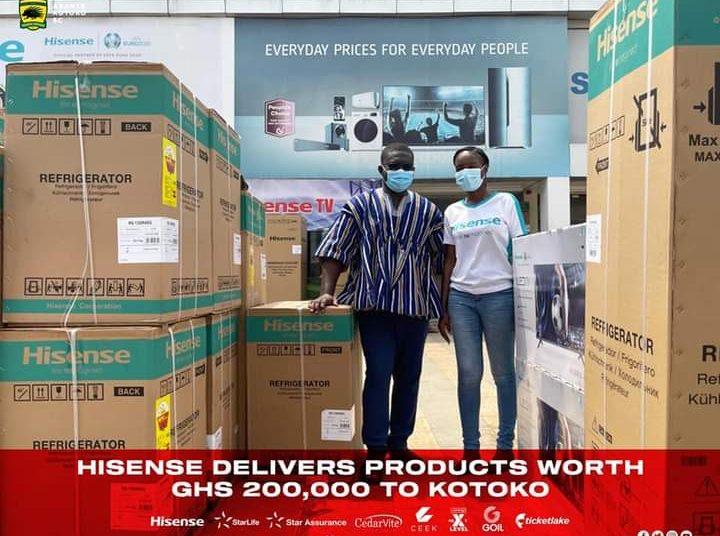 The sponsorship package was the first batch of items  to furnish players apartments, while the second batch is meant for equipping the Adako Jachie Training Complex.

Club CEO, Amponsah expressed massive thanks for the gesture and promised to pay the appliance giants back with good results.

Hisense’s Marketing Coordinator Abena Konadu pointed out that the gesture forms part of her outfit’s decision to support sports, particularly football in the country.

Earlier, Hisense injected a huge financial package into the Porcupine Warriors set up.
The renowned appliances company has also introduced a  scheme that rewards players who score against Kotoko.