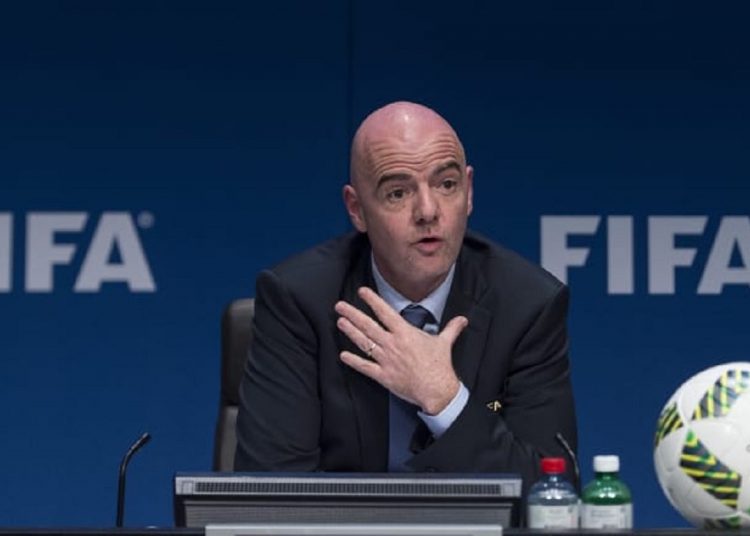 Infantino has warned that the clubs involved “must live with the consequences of their choice”.

The plans, which have thrown the world of football into tumult, would involve 20 clubs playing in a midweek League – with the founding 12, and three others yet to join, permanent members of the competition and not subject to possible relegation.

The 12 clubs currently involved include six from the Premier League (Arsenal, Chelsea, Liverpool, Manchester City, Manchester United and Tottenham) plus three each from Italy and Spain.

Real Madrid president Florentino Perez says there is ‘less and less’ interest in the current Champions League format – but the breakaway proposals have met with a chorus of disapproval and Infantino told the UEFA Congress on Tuesday that his organisation is also opposed to them.

“There is a lot to throw away for the short-term financial gain of some. They need to reflect, and they need to assume responsibility.

“If some elect to go their own way, then they must live with the consequences of their choice. They are responsible for their choice.

“Concretely, this means either you’re in or you’re out. You cannot be half in or half out.”

Ceferin said: “You showed that you care about the values of football.

“And if we stand together, we are unbeatable.”

It is understood the Premier League has called its other 14 clubs to an emergency shareholders’ meeting on Tuesday morning, to which the ‘big six’ – Arsenal, Chelsea, Liverpool, Manchester City, Manchester United and Tottenham – have not been invited.