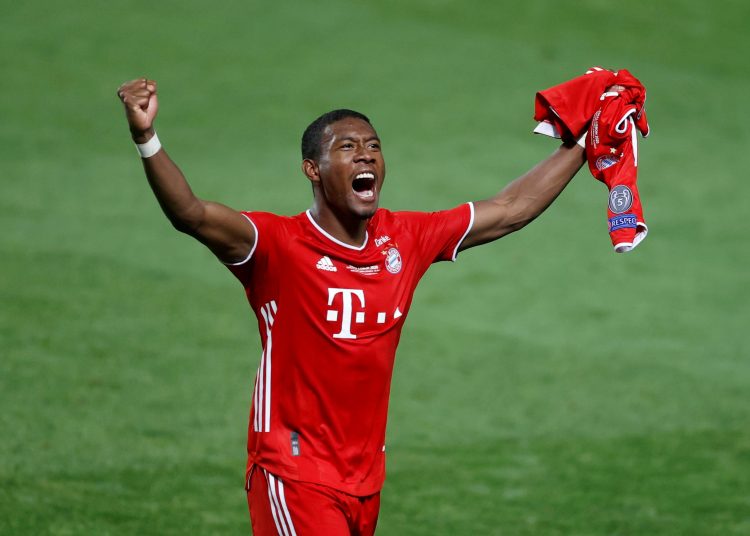 0
SHARES
405
VIEWS
Share on FacebookShare on TwitterShare via Whatsapp

Bayern Munich defender David Alaba has finally made a decision on his future after agreeing a five-year deal with Real Madrid, say reports.

The 28-year-old will leave the German champions at the end of the season as a free agent when his contract expires.

He has been linked with several of European football’s top clubs, but Sky Germany believes Madrid have won the race.

The Spanish giants have handed Alaba a deal until 2026 at the Bernabeu, which should be signed off and officially confirmed soon.

Barcelona were also linked with the Austria international, but the Catalan club is not an option for him anymore.

Alaba joined the Bayern youth ranks in 2008 and has won nine Bundesliga titles, six German Cups and two Champions Leagues among other honours in Bavaria.

He has continued to play a key role for Hansi Flick’s side this season, scoring twice in 41 appearances in all competitions.