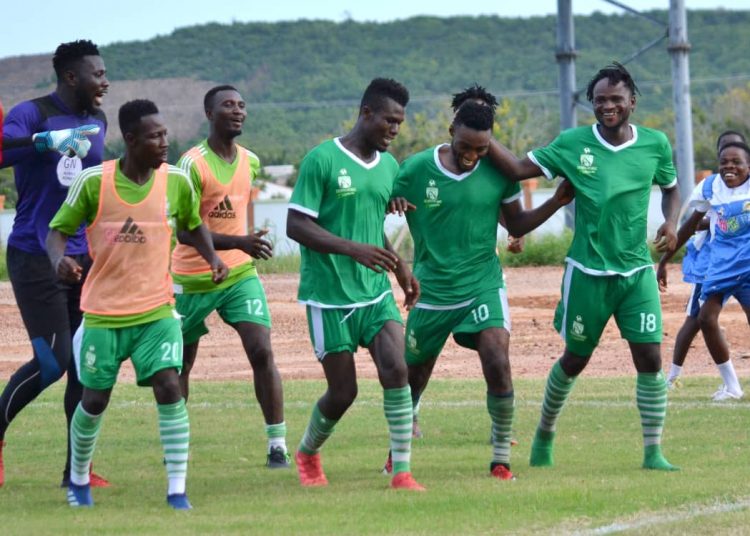 Four Players of Ghana Premier League side Elmina Sharks have been handed suspensions and fined for misconducting themselves in their game against Medeama SC at the Nduom Stadium in Elmina on February 21, 2021.

The players have each been handed more than a season-long suspension for verbally and physically attacking referee Eric Owusu Prempeh after their 2-1 defeat at home to the Mauve and Yellows.

Striker Justice Mensah has been fined a sum of Ghc5,000 and has been suspended for 29 games while midfielder Emmanuel Gustav Addington has also been slapped with a GHc5,000 fine and a 29 match suspension.

The players have just one day to appeal the decision should they be dissatisfied with the ruling.