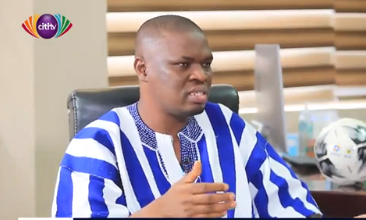 The Minister for Youth and Sports, Mustapha Ussif, has clarified that the $25 million the ministry is seeking from  government and corporate Ghana will be used to cater for all national team assignments for the next two years, and not just the Black Stars.

On Monday, at a breakfast meeting with Chief Executive Officers from corporate Ghana, President Akufo-Addo revealed that the Sports Ministry and the Ghana Football Association would need $25 million to sponsor their 2022 Africa Cup of Nations campaign in Cameroon and the 2022 World Cup qualifying series which kick off in June.

The news drew criticism from the general public, with many describing the amount as exhorbitant.

But in an interview with Umaru Sanda on Face To Face, Hon. Ussif, the Member of Parliament for Kubori-Yagaba, said the initial communication was inaccurate and that the amount is meant to take care of the expenses of all national teams for the next two years.

“The budget we have done is not only for Black Stars. It is for all our national team activities from now till 2022. We have 8 world cup qualifiers, the CHAN team will be playing qualifiers, the women’s team as well, and we have to participate at the AFCON, and if we qualify for the world cup, we will participate there as well,” he said.

“We have U-17, U-20, U-23 and the senior national teams and same for the women and all these teams have tournaments to play.

“We have done estimates for all our national teams and we think that we need about $25 million to cater for all their expenses.

Government has already committed $10 million of the amount and formed a four-member committee headed by the Sports Minister to solicit for the remaining $15 million.

The Black Stars have already qualified for the AFCON 2022 tournament and will begin the 2022 FIFA World Cup qualifiers in June this year.