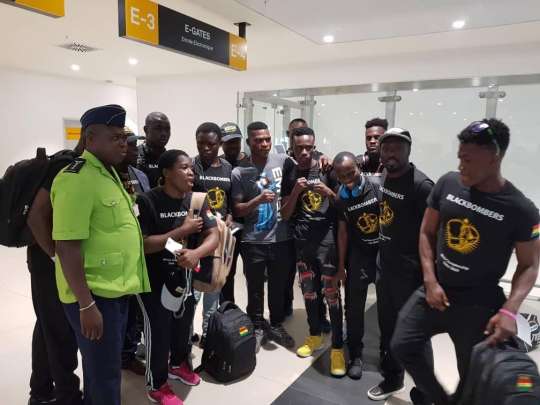 President of the Ghana Boxing Federation George Lamptey is confident that the boxers that have so far qualified to represent Ghana at the Olympic Games are realistic potential medalists.

Three of Ghana’s four medals won at the Olympic Games have come from boxing.

Lamptey is confident the reputation of the boxers and the skill of the trainers will serve Ghana well at the Olympics.

“Per their pedigree we have confidence.

“The Captain of the side this will be his second appearance at the Olympics.

“Shakur Samed was a medal winner  at the championships in Morocco.

“Youngster Samuel Takyi was also able to defeat the African Champion at the Senegal games.

“With their background and also a 3 star coach in corner which other countries cant boast of.

“With all these qualities and training regime we are hopeful of bringing back some medals.

The Bombers will depart for Japan in June to begin acclimatization.