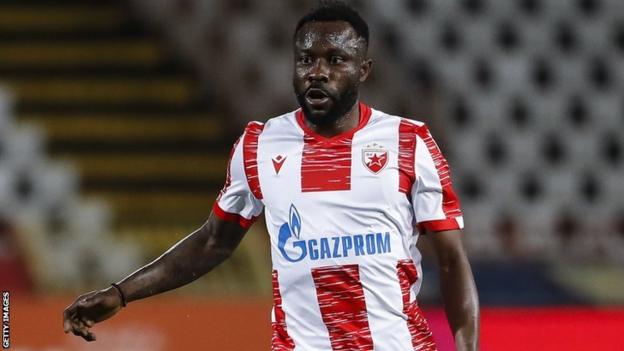 The DR Congo Football Federation (Fecofa) has confirmed it is appealing the eligibility of Guelor Kanga to play for Gabon.

Gabon, captained by Arsenal striker Pierre-Emerick Aubameyang. recently qualified for next year’s Africa Cup of Nations ahead of DR Congo, who finished in third place in Group D behind the Panthers and table-toppers The Gambia.

Fecofa has yet to give a reason why they are challenging the right of Kanga to play for Gabon, who he first represented in 2012.

Fecofa president Constant Omari, who was recently interim president of the Confederation of African Football (Caf) told BBC Sport Africa that his federation was not prepared to talk about the case as it awaits a decision on the matter.

When contacted by the BBC, Caf said it is unaware of an official protest being made by Fecofa.

Kanga, who has won 46 caps for Gabon since his debut nine years ago, played for the Panthers in all six of their 2021 Africa Cup of Nations qualifiers, including both games against DR Congo (where Gabon took four points).

If it is proven that Kanga is not eligible to play for Gabon, then Caf could strip the Panthers of all 10 points it earned from this Nations Cup qualifying campaign.

That would move Gabon to bottom of Group D and push DR Congo to the top to qualify alongside The Gambia, who would now be runners-up, with Angola moving up to third.

As it stands, Gabon qualified for the delayed finals in Cameroon next year as runners-up in Group D, finishing just one point ahead of DR Congo who failed to reach the Nations Cup for the first time since 2012.

The 30-year-old Kanga currently plays his club football for Serbian club Red Star Belgrade and was part of the the Gabon squad that contested the 2017 Nations Cup on home soil.