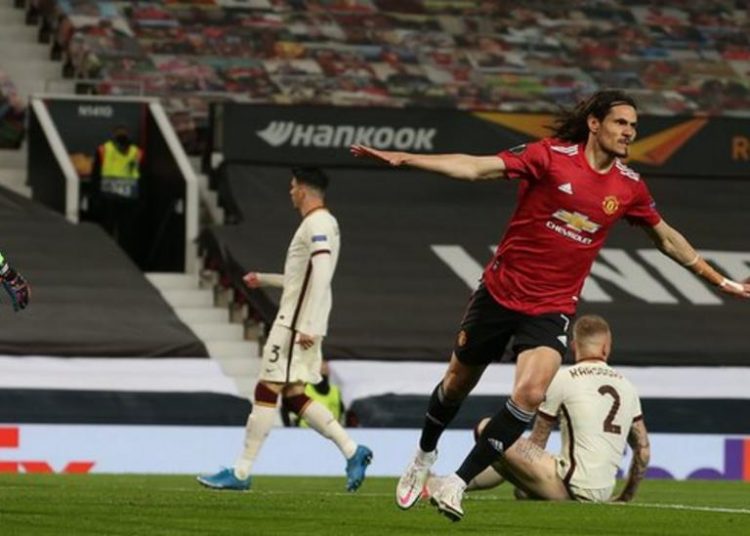 Bruno Fernandes and Edinson Cavani both scored twice as Manchester United came from behind to take a major step towards sealing a place in next month’s Europa League final.

Fernandes gave United a perfect start in their semi-final with Italian side Roma when he swept home Cavani’s first-time lay-off.

But United rallied after the break. Cavani levelled with a superb first-time effort before tapping the hosts back in front when substitute keeper Antonio Mirante pushed Aaron Wan-Bissaka’s angled shot into his path.

Ole Gunnar Solskjaer’s men were in no mood to let their advantage slip a second time, although it took a fortunate penalty for what seemed to be an innocuous Chris Smalling tackle on Cavani to give Fernandes the chance add a fourth from the spot.

Pogba then powered home a precise header from Fernandes’ cross before Greenwood ran on to Cavani’s pass and drove home United’s sixth, making them the first side to score six goals in a major European semi-final since Real Madrid in the 1964 European Cup.