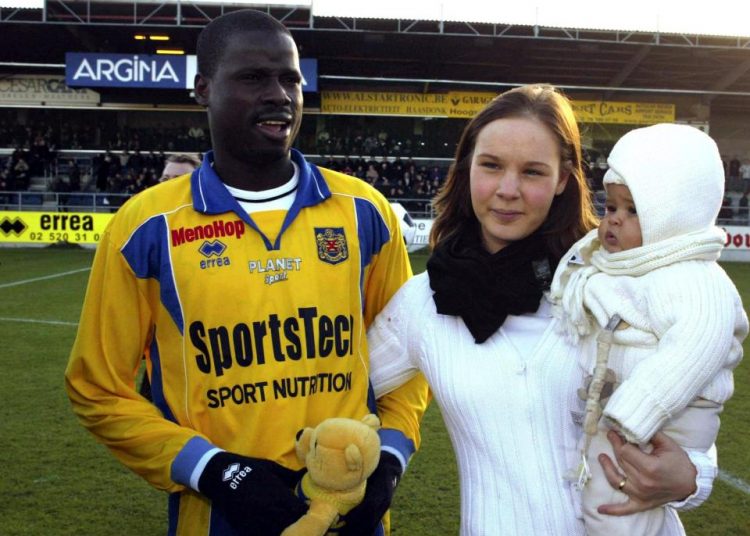 Former Arsenal defender Emmanuel Eboue has broken his silence over reports that claimed he went completely bankrupt after a bitter divorce battle stripped him of his assets in England about four years ago.

The Ivorian was reportedly rendered homeless and struggled to find daily bread having lost every bit of his wealth to his ex-wife Aurelie Bertrand.

Eboue was reported to have resorted to perching with friends and family abroad in order to have a roof lay over his head.

Eboue, however, debunked all of such reports and stated they were twisted while speaking with Kofi Mensah on Empire FM’s Sports World Wednesday.

“When [people] say Emmanuel Eboue lost everything, it’s not nice…

“Because I had a divorce [case] and they [court] said my wife won, they gave her all my properties – my two houses, money and the cars that I had in England.

“I wasn’t worried about it because I expected that she was going to use it to take care of my children.

Eboue admits he had to overcome depression from the divorce ruling.

“When they [court] said that, I was very disappointed… To be honest, for the first time, I was very down but after that, I prayed and forgot about all of that.”

He continued: “So after that, I left and returned back to Africa. I have my own properties in Africa and so I live with that.

“I live very comfortably and I thank God. So when people keep talking and say Emmanuel Eboue doesn’t have anything, he can’t eat, doesn’t have a place to stay, it’s not true,” he reiterated.

The 37-year-old has gone on to remarry his childhood sweetheart Stephanie Boedé after he returned to his home country Ivory Coast.

Emmanuel Eboue – who announced his retirement from football in October 2020 – currently owns and runs a football academy in Ivory Coast.