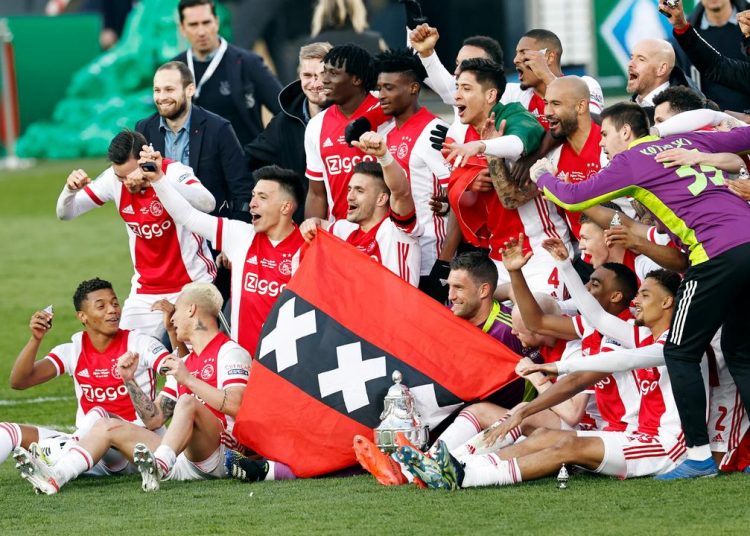 Ajax defeated FC Emmen 4-0 at the Johan Cruyff Arena on Sunday to seal their 35th Eredivisie title, and Kudus’ first.

The 20-year-old has been on the sidelines of the Ajax team after returning from a long term injury as he has been limited to fewer number of games.

On the day they were crowned champions, Ajax got the first goal through a Jurrien Timber header.

Ajax doubled their lead on the hour mark with Sebastien Haller netting after being set up by Davy Klaassen. It was quickly 3-0 as Dusan Tadic put in an excellent cross for Devyne Rensch to head in a third.

In the 74th minute, Tadic crossed for Klaassen headed in a fourth and Ajax then comfortably saw out the rest of the game to seal the league championship.