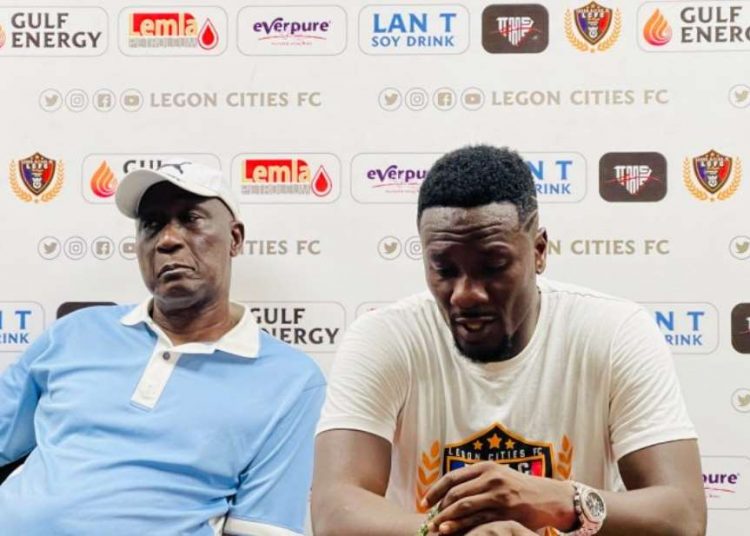 Legendary Ghana striker Asamoah Gyan has branded Asante Kotoko fans as hypocrites after they subjected him to boos.

The Legon Cities striker came off the bench to replace Hans Kwofie in the club’s 0-1 loss to Asante Kotoko on Saturday night in the Ghana Premier League. Gyan was booed when he stepped up to take a free kick on the 79th minute.

Speaking in the post-match conference about the incident, Gyan pulled no punches and called the Kotoko fans out for what he described as hypocrisy.

Gyan’s relation relationship with Asante Kotoko fans has soured after the club’s failed attempt to sign him last year. The deal fell through after Kotoko reportedly balked at the $1million fee demanded by Gyan’s representatives.

Gyan has endured a difficult return to the Ghana Premier League since signing for the Royals in November 2020. He is yet to start a Premier League game or contribute a goal or an assist.