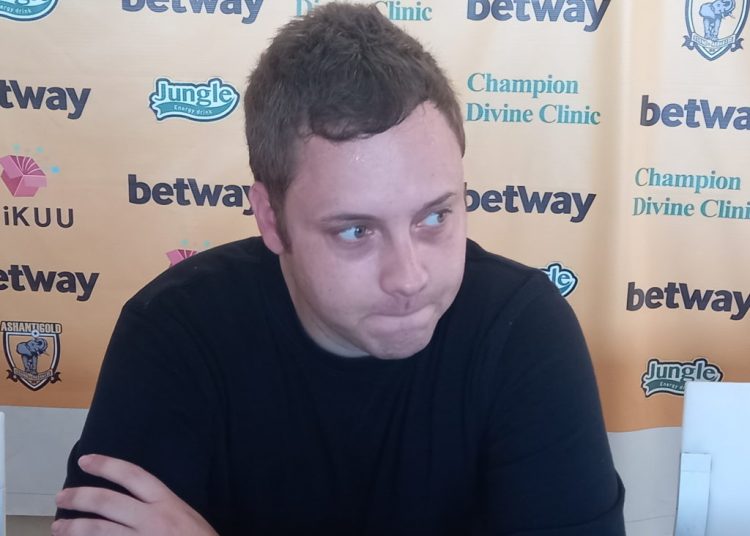 AshantiGold SC head coach Romain Folz has left the club after only a month in charge.

The Frenchman was spotted leaving the country without the club’s consent.

The whereabouts of the former Bechem United coach became unknown in Obuasion Monday and the club tried without success to locate him.

He was later reportedly spotted at the airport leaving the country.

Folz has been in charge of the Obuasi based club for only one month since his arrival.

The 30-year-old took the decision to quit AshantiGold with immediate effect due to some misunderstandings with the top hierarchy of the club.

Folz played five matches during the short period he was in charge.

He won twice, drew twice and lost just once since he arrived in the country in March 2021.

Assistant coach Thomas Duah will take charge of the club in the interim until a new head coach is appointed.

AshantiGold host Eleven Wonders FC in their next league fixture at the Len Clay Stadium in Obuasi on Sunday 9 May 2021.