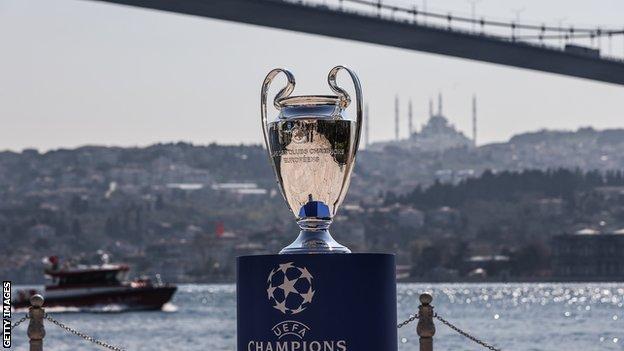 Chelsea and Manchester City fans should not travel to Turkey for the Champions League final, says transport secretary Grant Shapps, after he added the country to England’s travel red list.

The biggest game in European football is set to take place in Istanbul on 29 May.

Schapps said Covid-19 red list countries “should not be visited except in the most extreme circumstances”.

He added that the government was open to hosting the game in England.

Schapps said that the Football Association is in talks with Uefa about switching the game, but that it is “ultimately a decision for Uefa”.

“The UK has a successful track record of hosting matches with spectators so we are well placed to do it,” he said.

“So we are very open to it, but it is actually in the end a decision for Uefa to make. But given it is two English clubs in the final, we look forward to hearing what they have to say.”

The BBC understands that the government will look at solutions for whatever circumstances arise around the final, including exploring travel exemptions for players and club staff.

UK citizens returning from red list countries are required to quarantine at a government-approved hotel for 10 days.

If the final was to switch to England, Wembley Stadium, the most obvious host venue, is already set to host the Championship play-off final on 29 May.