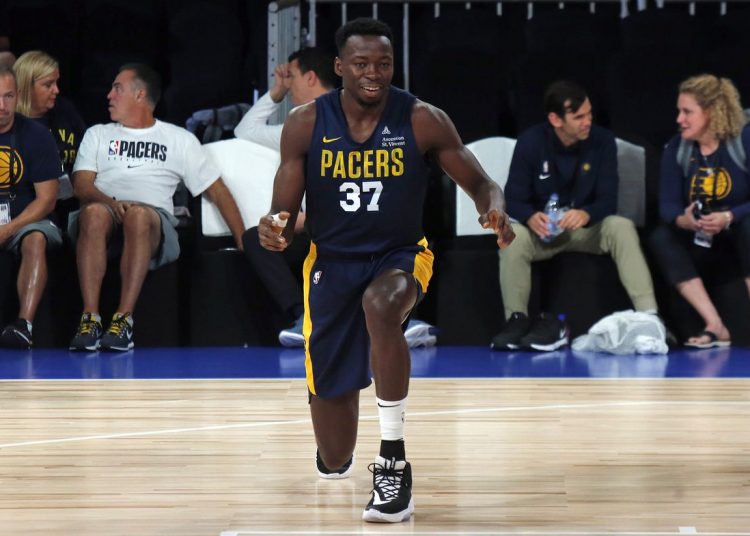 The second Ghanaian born to play in the NBA, Amida Brimah, has attributed his breakthrough to dedication and his unwavering faith in God.

The 27 year old 6’10 centre signed a two way contract with the Indiana Pacers this season after stints with multiple G league teams including the Austin Spurs and Fort Wayne Mad Ants.

Brimah also played Summer League basketball in 2017 with the Chicago Bulls and then progressed to play with Serbian side Partizan at the end of the 2017/2018 season.

Brimah honed his skills at the Lebanon house basketball court in Accra with the Galaxy Academy and believes that with dedication many more Ghanaians can also make it to the NBA.

“If I could make it then anyone can make it as far as they are working hard.

“If you asked anyone back then at Lebanon House when I first came through if I would make it this far they would say no.

“This is because there were so many people better than me.

“I say this so that all the kids that go through places like that can believe that it is possible.

He insists that even after getting the opportunity to play high school and College ball he journey to the NBA was a rough one.

“Of course opportunity has to meet preparation but to be honest what got me here is God and my hard work.

It is a slow grind sometimes, the plan that I had is not what happened for me.

“I didn’t get drafted like I thought, I tore my ACL and also fractured my finger,” he revealed on The Tracker on Citi TV

The 6’10 centre wears the 37 jersey and has already made 5 appearances for the Indiana Pacers.