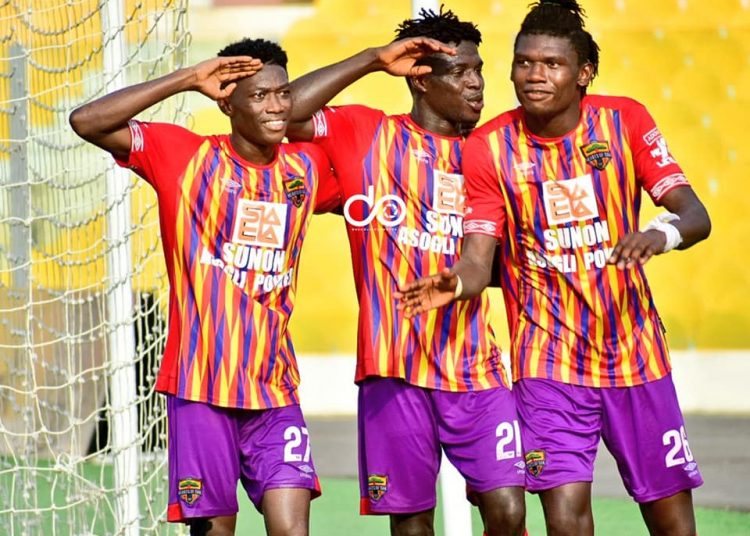 Hearts of Oak are back in contention for the Ghana Premier League title after beating King Faisal 2-0 Accra Sports Stadium on Sunday night.

It was the Phobians’ first win in three matches and they are now four points behind leaders Asante Kotoko.

After a barren first half, striker Kojo Obeng Junior broke the deadlock in the 57th minute with the easiest task of directing a cut back pass into the net from 5 yards.

The forward nearly doubled the lead with a powerful strike but Ibrahim Danlad produced a good save to deny him a 2nd goal.

Watch highlights of the match below