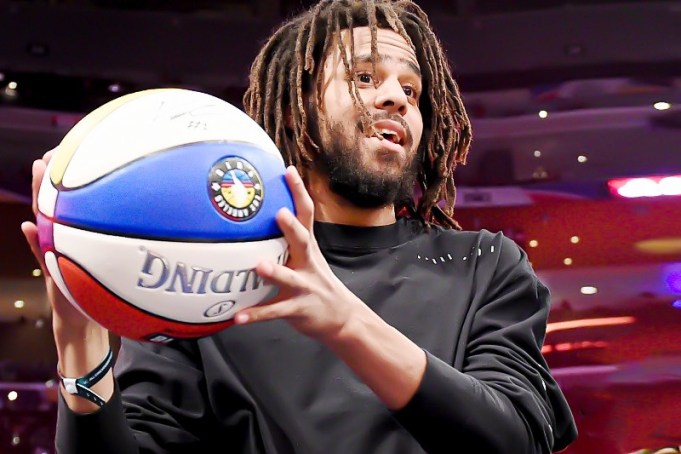 In another world having a multiple time Award winning Rapper and a powerful voice this generation and even those before it swear by as one of the GOAT’s at the fore of the inaugural edition of an international competition is perfect. In another world, having J Cole on the active roster of a basketball team competing in the NBA-FIBA Africa tournament dubbed Basketball Africa League (BAL) would be perfect a decade after the first edition of the competition has taken place and the quality, overall competition and perception of the league is at a high level.

However, these two worlds can’t mix because having J Cole the Rapper as a Player on a BAL team in its first year of operation is a big NO and a terrible move on the part of the organizations involved. In the hyper competitive and complex world of sports of the digital age, getting attention is a tough thing to do and sustaining it is another challenge on its own and this is why various leagues across all sports disciplines spend millions to achieve both.

So exhibition fights have become a thing in boxing because they have shorter timelines than your regular standard boxing bout and almost always involve popular personalities. Floyd Mayweather is about to slug it out with Logan Paul whose socialite brother is doing the most to whip up enthusiasm for the fight on June 6. Another version is having retired professionals who delivered classics during their active years duel in the ring in their retirement years as witnessed in the Mike Tyson-Roy Jones Jnr. matchup last year.

Such moves are geared towards grabbing and sustaining attention of the generation that grew up idolizing such sports personalities during the latter’s prime years and the present generation that lives out its life on the internet. Heck even the short lived European Super League (ESL) was broached on the fundamental idea (aside money) of catering to the social media generation.

The League floated the concept of shortening football games that involves some of the very best players on the planet compete in series to appeal to the younger generation that isn’t interested in the dry spell periods in football games and a bunch of low quality games the UEFA Champions League tends to serve in the competition’s preliminary stage. There is a strong case to be made in defence of J Cole’s move to feature in the BAL as a player on Rwanda’s Patriots Basketball Club’s roster though.

Due to COVID 19 protocols, the tournament is to be staged from May 16 to May 30 at the recently constructed Kigali Arena in a bubble. The colourful, vibrant spectacle African fans were bound to show as the backdrop of the NBA’s first ever league organized outside North America has been erased by the threat of the corona virus. As such, entertainment is of the essence to keep fans engaged during basketball’s many dry spell periods in between quarters.

Without any fans barring a few select team personnel, the arena is going to be empty and the backdrop boring. Coupled with the lack of household names, the BAL needs the sort of attention boost Cole has produced since the rumours were confirmed on Monday with the American Hip Hop icon clearing two of a mandatory four day quarantine on his arrival in Kigali.

Looking at the aforementioned reasons to have more exhibition fights and more high profile football games played in fewer minutes, doing same and having J Cole on the floor battling away with guys-who are sure to be star struck to pass on throwing him the ball every time he calls for it-falls in line.

But throwing exhibition boxing bouts and having ESL type of football games and competitions in this mix is flat out wrong because boxing and football have a strong history to call on to avoid any type of slander towards the disciplines overall quality and competitiveness. In Africa, basketball is growing fast in popularity and quality but the continent’s historical ties with the sport isn’t strong enough to treat this sort of move as a mere pebble in the ocean and write off perceptions of inferior quality of the African game and.

Rather, such moves like the one Patriots and J Cole pulled off only crystallize such perceptions and act as a turnoff for prospective fans. Even in tough circumstances, the BAL is set to commence on the back of excellent planning and goodwill and the competition can grow to the level of a direct player, coach, administrator feed to the NBA system in the near future.

A fully grown adult or even an adolescent can protect himself or herself from danger but a baby needs protection from its parent(s) or guardian(s) because it doesn’t have the strength to do so; the BAL is at its “baby stage” and should rightly do away with this gimmick. Starting off on this J Cole the Player note in the BAL’s budding stages is harmful to the long term prospects of a league tagged as THE PLATFORM to drive basketball in Africa to the next phase of development and excellence.