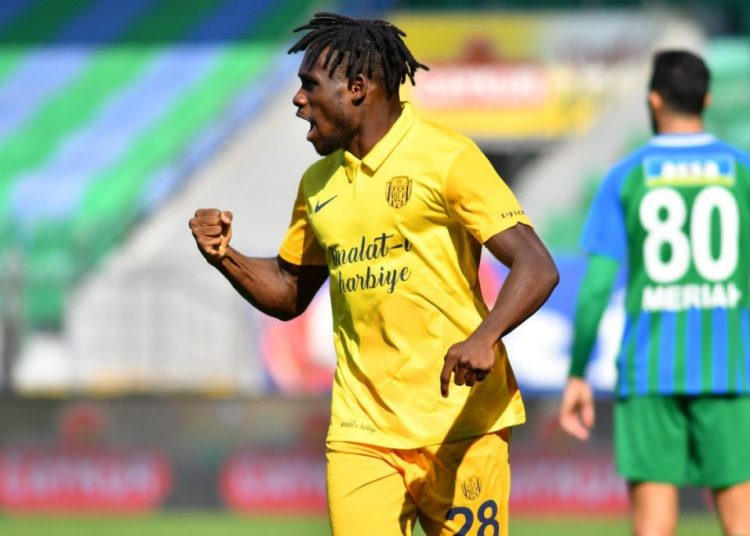 Ghanaian forward Joseph Paintsil has suffered relegation from the Turkish Superlig with MKE Ankaragucu following a home defeat to Alanyaspor on Saturday.

Ankaragucu needed at least three points to be able to avoid the drop but failed to achieve that as they lost 1-0 at the Eryaman Stadium in Ankara.

Ankaragucu finished at the 19th position on the league with 38 points from 40 matches joining Erzurumspor BB, Genclebirligi and Denizlispor to be demoted.

Paintsil had an outstanding campaign with Ankaragucu in the Turkish top-flight despite the relegation at the end of the season.

The 23-year-old netted 11 goals in 33 appearances for Ankaragucu.

Paintsil joined from Belgian top-flight side KRC Genk on a season-long loan and will return to the club when the loan spell expires on 30 June 2021.

He has been called up for Ghana’s two friendly matches in June against Ivory Coast and Morocco following an impressive season.