I’m happy I stayed in the Championship – Andre Ayew 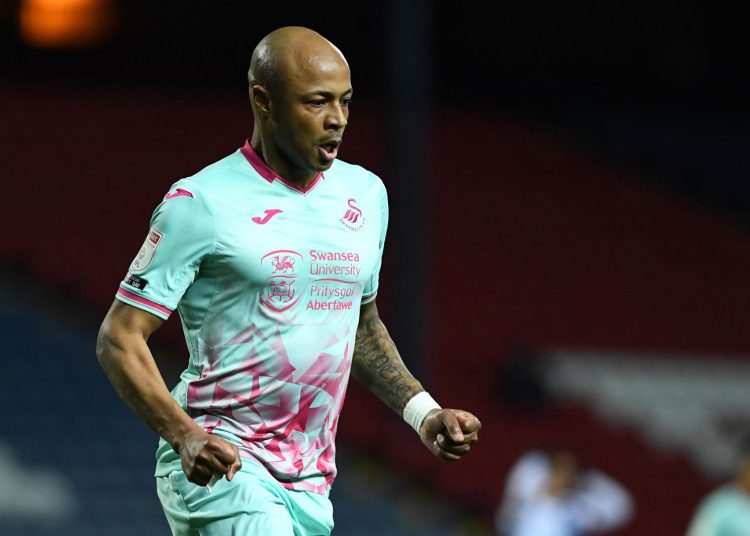 Black Stars Captain, Andre Dede Ayew says he is happy with the decision he made to play for Swansea City in the Championship.

Ayew has been a major part of Swansea’s success this season, scoring 17 league goals and adding four assists to help secure the Swans a play-off spot for the second season running.

Many criticized the Black Stars captain for sticking to stay with the Swans following their relegation to the Championship in 2017, but the 31-year old insists he is happy with his choice to remain at Swansea.

“Some people will say maybe my career has dwindled because I’m playing in the championship and let me say there were offers to go and play in the Premier League and I could have jumped at the first offer that came in, but no,” he told BBC Sport Africa.

“Sometimes it’s not every offer that comes that you have to take, you first look at your happiness and then consult your family and the team and see what is best before making a decision.

“I really don’t think I have lost anything, look at my numbers both here and at the national team, they are getting better and I’m happy for the journey I took.”

Swansea head into Saturday’s second leg of the Championship play-offs against Barnsley with a 1-0 advantage thanks to Ayew’s superb strike.