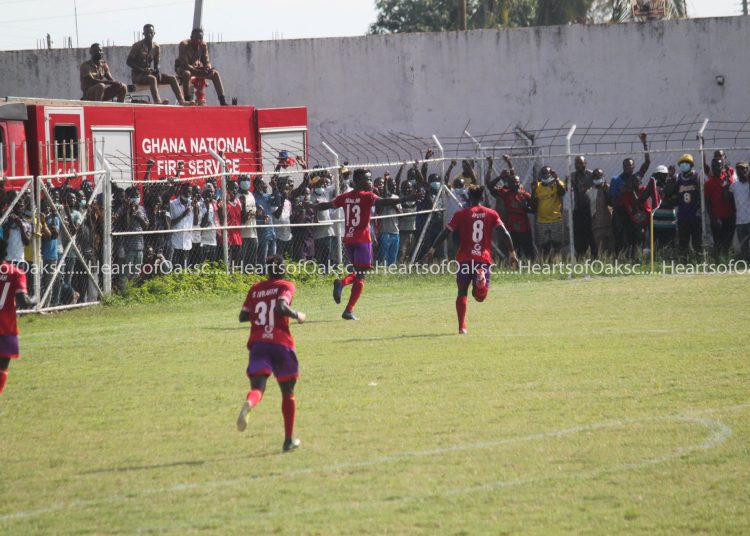 In form forward, Kojo Obeng Jnr scored the only goal of the game when he took advantage of a defensive mix up to finish neatly past the Wonders goalkeeper.

Hearts were let off the hook, later in the game, when the referee waved play on after the ball appeared to hit Robert Addo Sowah’s arm in the penalty box.

The win sends Hearts one point above second placed Asante Kotoko, who take on WAFA at the Obuasi Len Clay on Saturday.