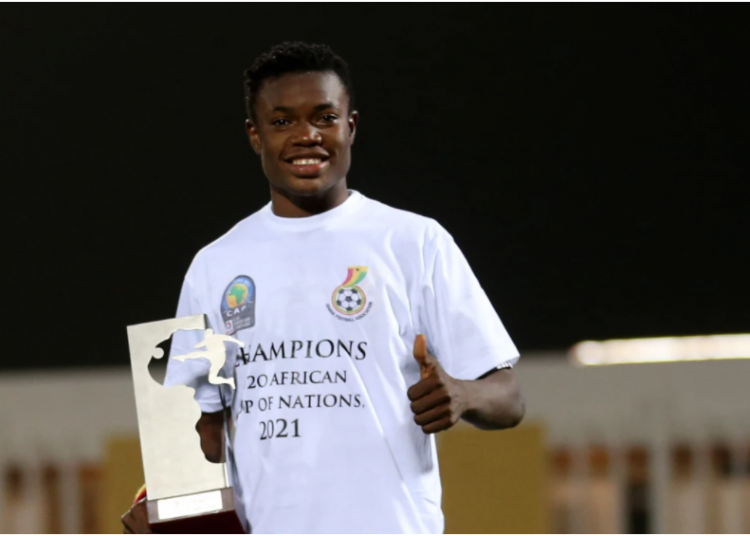 Black Satellites forward, Abdul Fatawu Issahaku’s proposed move to German side Bayer 04 has been cancelled due to “dubious behavior on the part of Fatawu’s advisor.”

The 17 year old looked set to join Leverkusen, having landed in Germany and met with representatives of the club at he Lindner Hotel Bayarena. But the club finally decided not to sign the U-20 AFCON winning forward.

According to German media powerhouse, kicker, Fatawu’s advisor, on Wednesday canceled the second and final date for sealing the deal with Bayer at short notice.

Allegedly because the agent may have wanted to meet representatives of Liverpool on the same day.

The latter was exposed because Fatawu had posted a video from his hotel room, during which a corresponding telephone conversation could be heard in the background, during which a meeting in Portugal was arranged for Wednesday afternoon. This meant that the Fatawu deal was in doubt for Bayer 04 despite their interest.

The kicker also revealed that Fatawu’s agent has been speaking to clubs like FC Basel, RSC Anderlecht, RB Salzburg, Ajax, BVB and Liverpool since March to drive up the price.

This did not sit well with the representatives of Bayer 04, and the club have decided to cancel the move.

Fatawu, who currently plays for Steadfast FC, can play on the wings, but also as a second striker.