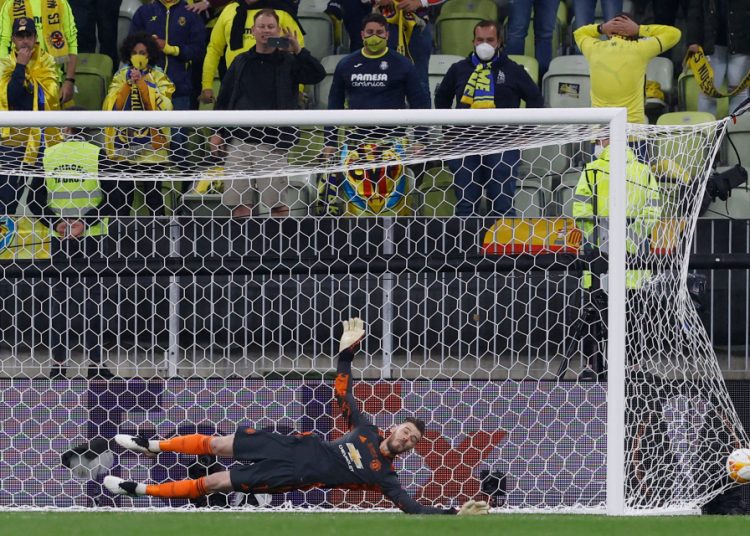 Manchester United faltered in their quest to clinch their second Europa League title on Wednesday, May 26, 2021, in Gdańsk as Villarreal triumphed 11-10 on penalties. 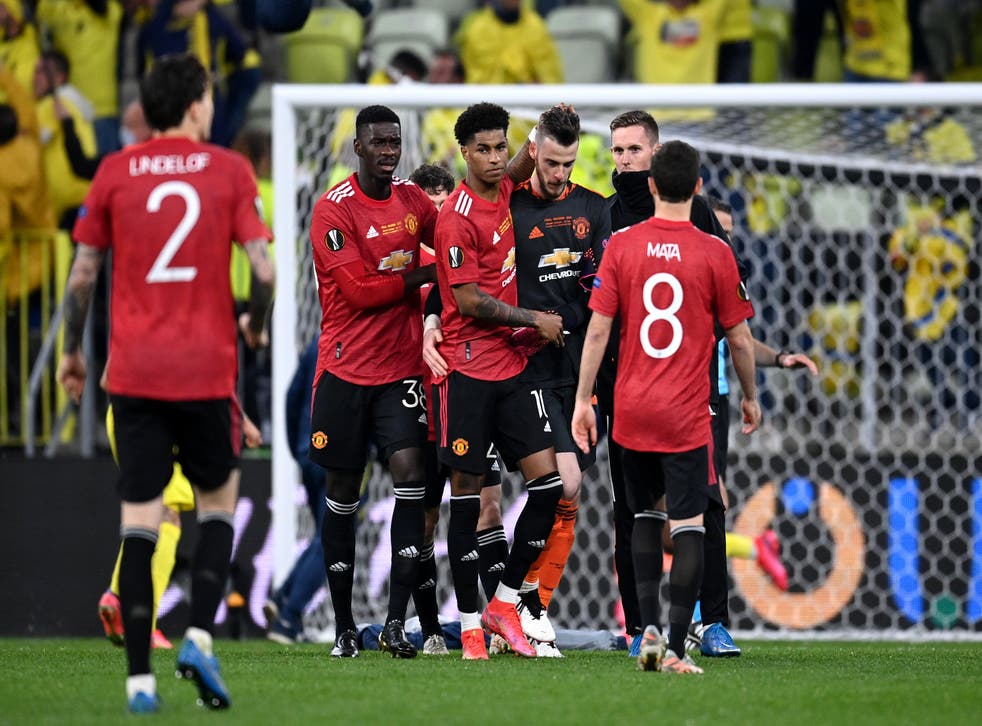 There was heartbreak for Manchester United fans as their night ended bitterly after a 1-1 draw under the lights in Poland.

However, things might have been different if Manchester United’s Spanish goalkeeper had followed goalkeeping instructions during the marathon penalty shootout.

De Gea will probably not be upset with himself for missing his spot-kick but rather the fact that he failed to save a single one of Villarreal’s 11 penalties.

Now it has emerged that after talking to goalkeeping coaches Richard Hartis and Craig Mawson, De Gea had been handed a note to put inside his towel which gave an indication of which way each opposition penalty taker would go – which was revealed by Sky Sports journalist Angelo Mangiante. 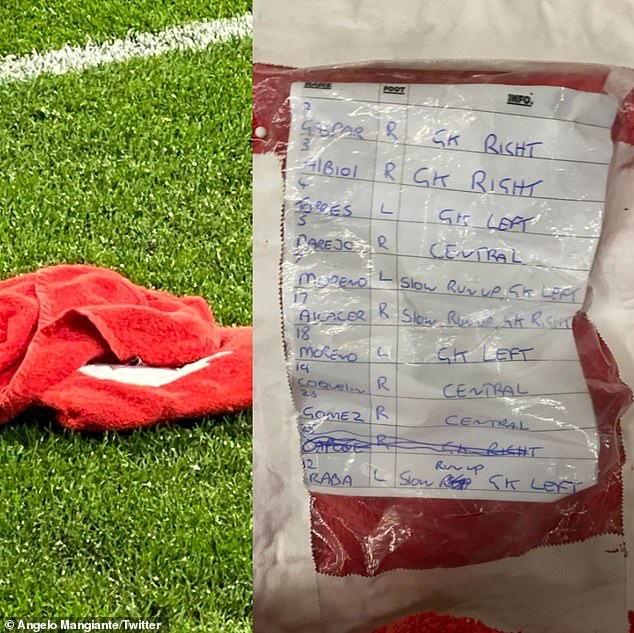 And going off the note, the experienced Spanish goalkeeper ignored the crucial instructions relating to the Villarreal penalty takers on three different occasions.

The 30-year-old is not noted for his prowess in saving from 12-yards, as he has not saved a penalty for five years, his last coming against Everton in the 2016 FA Cup final

Solskjaer admitted: ‘You go through every scenario, of course, and it [De Gea’s penalty record] had crossed my mind in the build-up to the game but we were confident in David and prepared.

‘Anything can happen in a penalty shootout. I stuck with the keeper who played all the game.

‘I’ve got to say the penalty shootout was high quality, but we didn’t do enough in the 120 minutes to score more goals and that’s the disappointing bit.

‘We had pressure, we had moments where we felt if we can just kick on a little now we can get a goal. But we just couldn’t.’