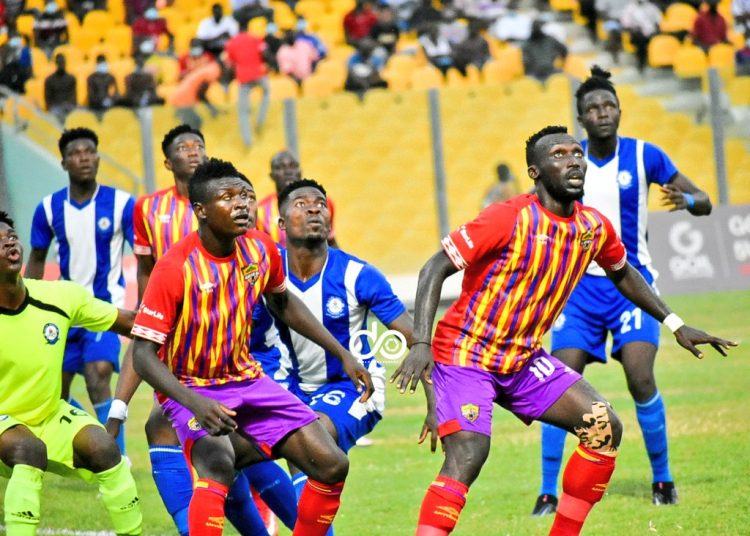 With the Ghana Premier League approaching the home straight and games coming thick and fast, any slip up could prove costly at the end of the season.

Kumasi Asante Kotoko have an opportunity to reclaim top spot in the Ghana Premier League when they host regional rivals Ashantigold at 3pm on Sunday in Obuasi.

Kotoko have drawn each of their last 3 games, a draw that has seen them dethroned from the top of the table by rivals Hearts of Oak, who now have a two point lead at the top.

With Kotoko playing first, Mariano Barreto’s men have a chance to go top momentarily, to at least put pressure on the Phobians.

Heart of Oak though, would have other ideas. Samuel Boadu’s men are the most in-form team in the league, having won each of their last 5 league games without conceding a goal.

Beyond the three points, Hearts of Oak will also have revenge on their minds when they face Olympics.

The Dade Boys won the first leg of this tie by a comfortable 2-0 margin, and boosted by the return of Gladson Awako from national team duties, Annor Walker’s charges would feel confident going into the game.

Olympics themselves are only 4 points off their opponents and a win could send them within one point of the top.

On Saturday, Medeama moved to within 3 points of the top after a hard fought 1-0 win over Karela United in the Nzema derby and re-establish themselves as contenders for the league title.