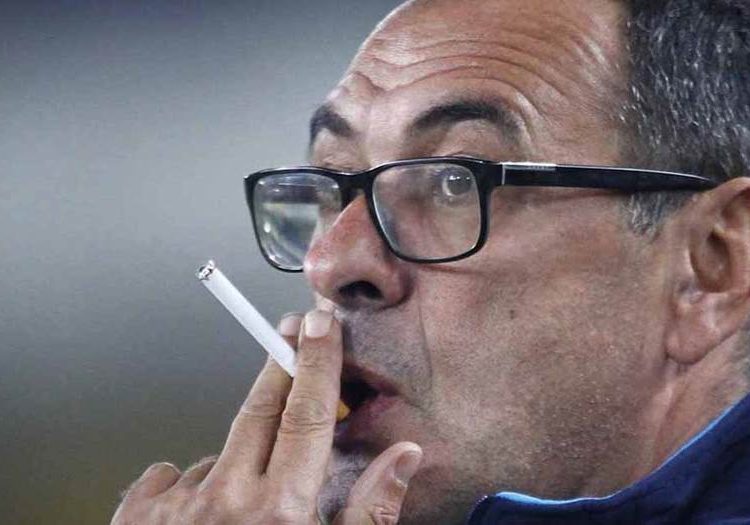 However, it’s not the appointment of Sarri itself that’s making the headlines but how Lazio chose to announce him.

One of Sarri’s defining characteristics is his constant smoking on the sidelines with pictures of the manager with a cigarette in his hands a constant feature on social media during his time at Chelsea and Juventus.

Sarri was eventually announced by Lazio who confirmed that he had signed a two-year deal with the Serie A club worth around £2.6m per season.

The Italian has been without a job since being sacked by Juventus in August 2020, even though he ended the season with the Serie A title.

He was let go by Juve a day after they lost to Lyon in the last 16 of the Champions League.

Sarri will now lead Lazio who finished sixth last season and qualified for the Europa League, a competition he won with Chelsea.

“We respect the change of mind of a coach and, first of all, of a player who for many years has linked his name to the Lazio family and to the many club achievements,” Lazio commented in a statement.