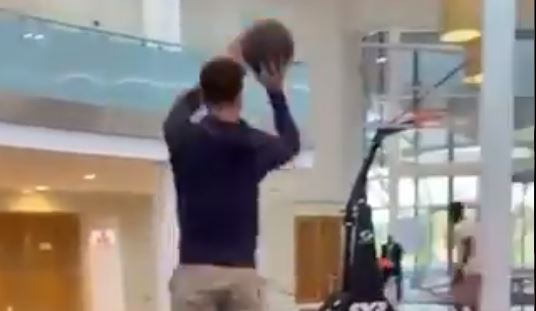 Not content with just being the golden boy of the European Champions, Mason Mount might also be eyeing a career in the NBA.

And judging by the moves he’s been showcasing, he’ll be a huge success should he consider a switch.

A video, showing Mason Mount nail a three-pointer off a between-the-legs dribble has gone viral.

Mount was obviously quite pleased with himself with many fans in awe of the 22-year-old’s proficiency on the court.

New Orleans Pelicans guard and Chelsea superfan, Josh Hart joked that Mount was searching for a 10-day contract, adding that the young England playmaker might even have a better shooting form than him.

Others compared him to Milwaukee Bucks forward Giannis Antetokounmpo whose three-point stats have been trolled intensely by fans and fellow players. 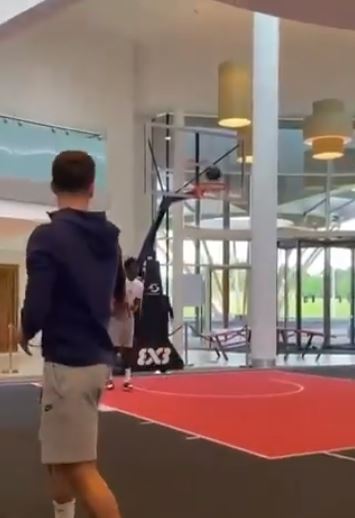 Mount was named in England’s 26-man squad for the Euros with suggestions that he might have already secured a place in their starting lineup ahead of the match against Croatia on Sunday.

He helped Chelsea finish fourth in the Premier League, reach the FA Cup final, and win the Champions League, providing the assist for the winning goal in the final.

The bro trying to get a 10 day contract. Form looks better than mine 😂😂😂@masonmount_10 pic.twitter.com/nytVca9RXW

walks into any team in the east