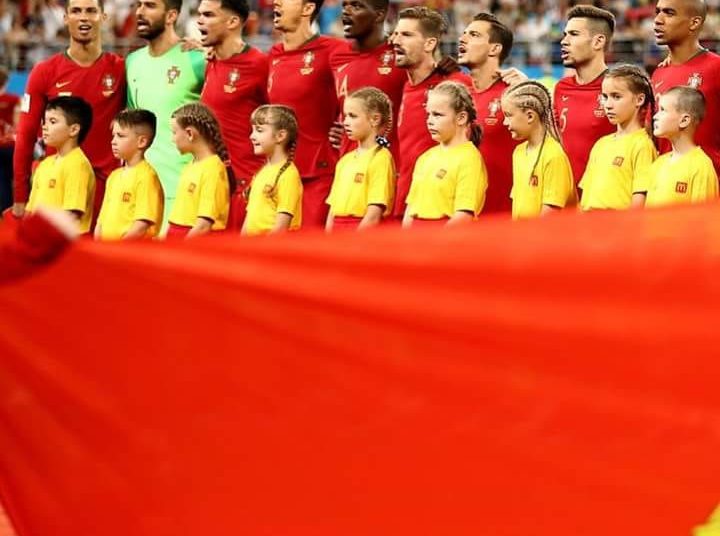 Cristiano Ronaldo belted out Portugal’s national anthem with immense pride and passion ahead of his country’s Euro 2020 opening fixture against Hungary – but did so while standing sideways.

As cameras panned to the Portugal skipper and talisman, he was at a different angle to the rest of his teammates. He was stood side-on, with his hand on the shoulder of goalkeeper Rui Patricio.

He’s turned side-on prior to a whole host of Portugal fixtures, varying from World Cup games to friendlies.

Argentina goalkeeper Willy Caballero did the same in the 2018 World Cup, while the whole Wales starting XI took a leaf out of Ronaldo’s book when they were side-on as they got in the zone for their 1-1 draw with Switzerland on Saturday in Baku.

So just what are the duo up to? Well it’s a question that is being asked by confused fans on social media, but the answer is actually a pretty simple one.

In short the duo were standing towards their country’s flag as a sign of respect and patriotism.