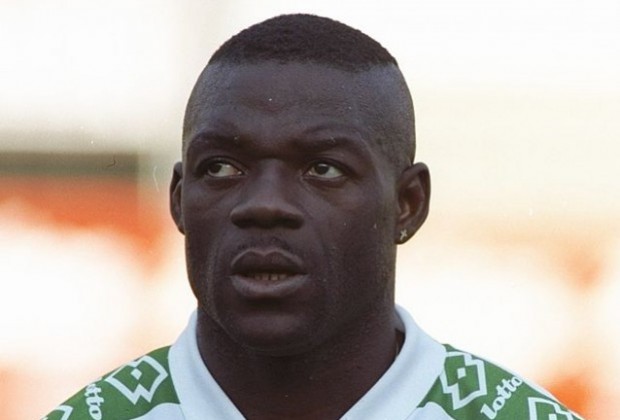 0
SHARES
914
VIEWS
Share on FacebookShare on TwitterShare via Whatsapp

With a certain African footballer playing in Europe recently being accused of lying about his age and identity, here are 10 infamous cases of players who were caught age-cheating.

It was reported by Africa Top Sports in April that Red Star Belgrade midfielder Guelor Kanga could find himself in serious trouble over concerns about his real age and identity. The publication claimed that Kanga, who has made 35 appearances for Gabon, was actually born in DR Congo and is five years older than he says he is.

This, however, has been refuted by the Confederation of African Football (CAF), who stated last week, according to BBC Sport, that it “did not notice any irregularities in the eligibility of the player in question and his registration with CAF” and that its “disciplinary panel rejects purely and simply the complaint by Fecofa (DR Congo Football Federation”.

Kanga has been a key player for Red Star Belgrade in Serbia, having scored an impressive 21 goals and assisted a further 34 strikes in 96 appearances across two spells with the club.

While the investigation might not be over yet, there are a number of other players who were found to be lying about their age, such as the bizarre case of Indian footballer Gourav Mukhi, who was caught claiming to be 12 years younger than he really was.