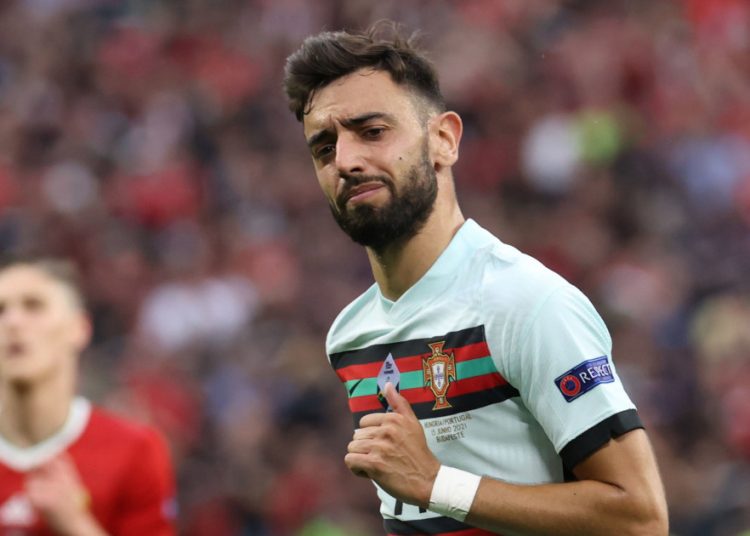 Jose Mourinho has claimed Portugal midfielder Bruno Fernandes has ghosted at Euro 2020, taking up space on the pitch but “not playing”.

The Roma manager said Fernandes has “incredible potential” but isn’t showing the same abilities he usually offers at club level with Manchester United.

Still, Mourinho expressed hope that the player would turn up on Wednesday against France in Portugal’s final group stage match.

“Portugal at its highest level can beat anyone,” Mourinho said on talkSPORT.

“But we need to play with 11 players, in these two matches Bruno Fernandes was on the pitch but not playing.

“I hope he turns up against France, because he’s a player with incredible potential.

“We need that connection, but until now Bruno is not playing.”

Fernando has started both of Portugal’s matches but was pulled after just 63 minutes vs Germany during a 4-2 defeat.

He has put just one shot on target to this point in the competition.

Portugal would go through to the knockout stage if they avoid defeat against France on Wednesday. They would finish first if they win and Germany do not win against Hungary.

A loss paired with a Germany defeat, however, would see them drop all the way down to fourth in Group F.