“We are ready for Legon Cities”- Hearts Oak’s Daniel Afriyie 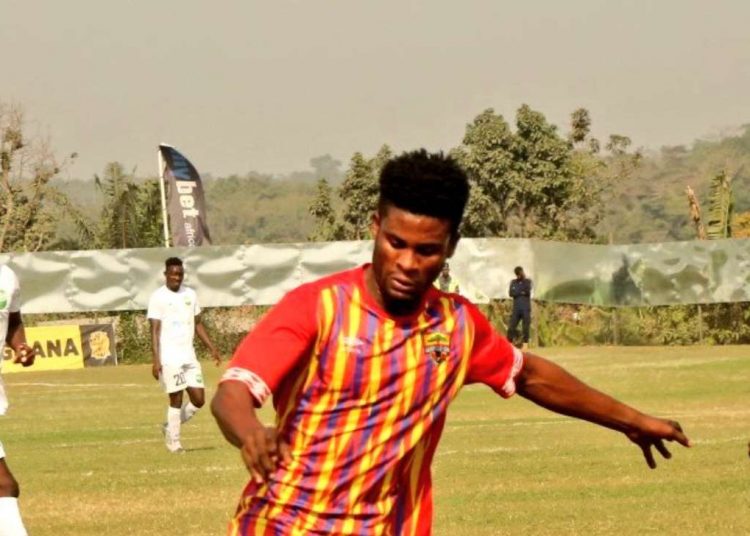 Hearts of Oak forward, Daniel Afriyie, says he and his team mates are very prepared to face Legon Cities in Week 30 of the Ghana Premier League on Thursday at the Accra Sports Stadium.

The match is part of the second group of games to be played in the round after the first group of matches were honoured on June 23 across league centres.

The Phobians go into the tie in second place; 3 points behind Asante Kotoko but they have played a game less.

Hearts are seeking to bag their 9th straight home win and a return to the top of the league standings and Afriyie has declared the team’s confidence ahead of the tie. He also played down concerns over the team’s inability to convert a lot of the chances the create.

“We are well-prepared for the Legon Cities match. Everyone in the team- from the coaches to the players and the management- is 100 percent ready for the tie.

Concerning the chances, I do not think it is an issue. We do not miss them deliberately but it is part of the game. What we can do is to keep working on our conversion and putting the opportunities away.”

In other matches that will be played on Thursday, Dwarfs host Inter Allies at the Cape Coast Stadium and Liberty Professionals face AshGold Medeama take on King Faisal at Sogakope.