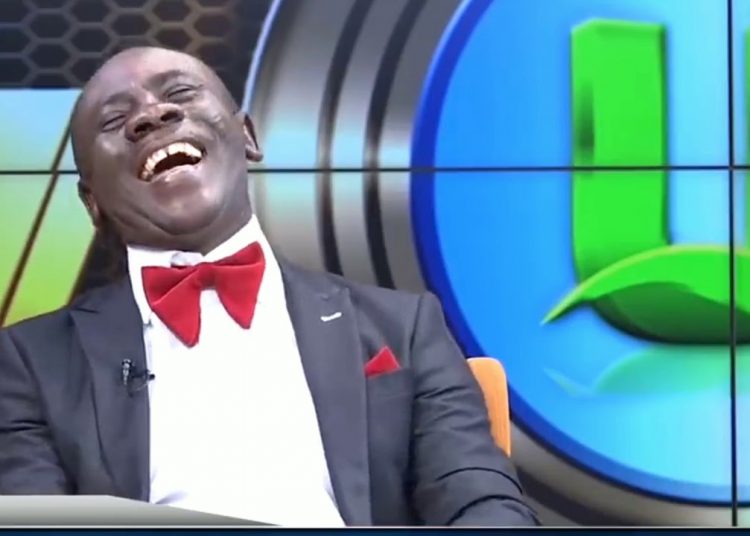 Ghanaian comedian Akrobeto was definitely the star of last season as his hilarious videos made their way all over social media.

It appears he’ll be one of the stars of next season as well, as German club, Augsburg, included one of his clips in their amazing video to announce their schedule for the 2021/22 Bundesliga season.

Augsburg’s brilliant video showcases their fixtures for next season in a unique way, blending videos of various moments either outright stating or referencing the particular opponent.

Most notable among them were Akrobeto’s hysterical attempts to pronounce Eintracht Frankfurt, US talk show host, Ellen’s comment about “speaking gibberish in a foreign language” (in reference to the quite lengthy, Borussia Mönchengladbach), a scene from the ‘Bee Movie’ for Borussia Dortmund and the seagulls’ refrain of ‘Mine’ from Finding Nemo.

The video was even bookended by the Looney Toons theme.

However, the highlight of the video has to be the shot at RB Leipzig, who were represented with a bottle being dropped in a bin.

You can also feel their pain with the Bayern Munich addition.

Take a look at the video and reactions on social media below:

Well that’s just fantastic, you love to see it. pic.twitter.com/ftQXZz4lPh

So creative. Amazing! One of the best pieces of content from a football team to release their fixture list! 😂👌👏

How about teaching the Bayern admin some skills like this bro?