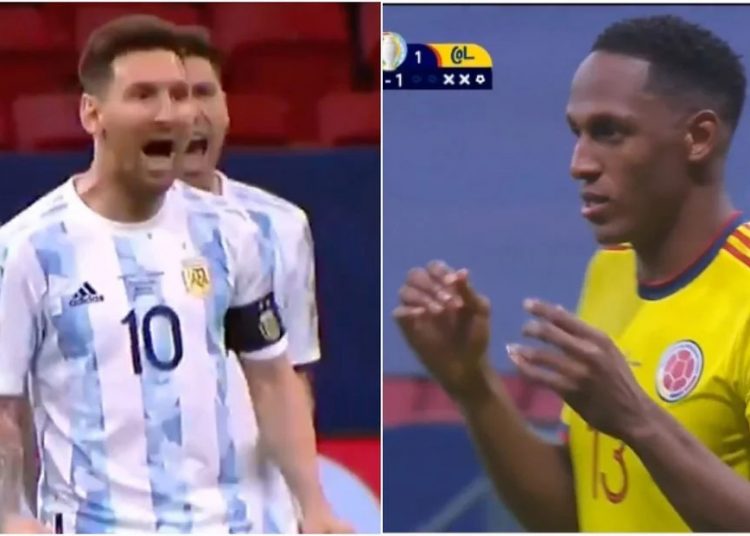 Having scored his own penalty, Messi motivated his teammates from the halfway line as they stepped up to take theirs.

Desperate for a first international trophy with Argentina’s senior team, Messi could hardly contain his savage side as well.

Of course, this was a callback to the quarter-final, where Mina had danced in celebration after scoring his penalty in their shootout win over a Uruguay side that included one of Messi’s closest friends Luis Suarez.

Messi keen to get as many shots in at Mina as he could, yelled “baila ahora” a number of times as the Everton defender made his way back to the centre line, prompting the referee to intervene and ask him to settle down.

The cameras picked this up and Argentinian reporters excitedly pointed the moment out to their viewers.

Take a look at Mina’s initial dance and Messi’s savage comeback below:

Yerry Mina the only player who celebrates a goal in a penalty shootout like it’s a normal goal pic.twitter.com/AWJn1jzmQf

“HOW ABOUT DANCING NOW?” yells Leo Messi to Yerry Mina after his penalty kick is saved by Dibu Martínez. This is the Messi all of Argentina wants to see. Fired up and in it ❤️‍🔥❤️‍🔥❤️‍🔥❤️‍🔥❤️‍🔥 pic.twitter.com/0mFXzVdru5