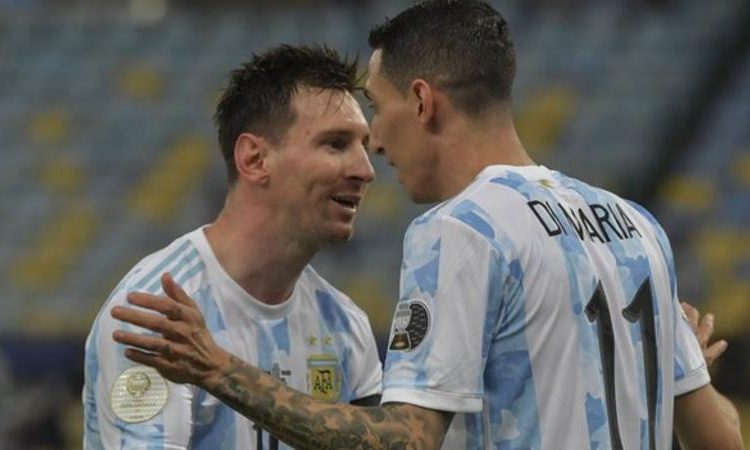 Messi, 34, finally claimed top-level honours with his country in his 10th major tournament – while Argentina won their first Copa America in 28 years.

Angel Di Maria proved the matchwinner, with his superb lob the only goal of the game.

Messi had a chance to sign off the win but slipped with the goal at his mercy.

Everton forward Richarlison had Brazil’s best chances, seeing an effort ruled out for offside and then stinging the fingers of keeper Emi Martinez, who also saved from Gabriel Barbosa, but the defending champions fell short in a disappointing performance.

The game was watched by a small crowd of 7,000 invited guests, because of Covid-19 restrictions, but was the first of the tournament to have spectators in attendance.

The sparse home supporters made their voices heard, though, particularly every time Messi touched the ball, booing and jeering the forward.

The tournament, delayed by a year because of the coronavirus pandemic and moved from initial co-hosts Colombia and Argentina, was switched to 2019 hosts Brazil in a last-minute decision which received criticism in light of a surge in coronavirus cases in the country.