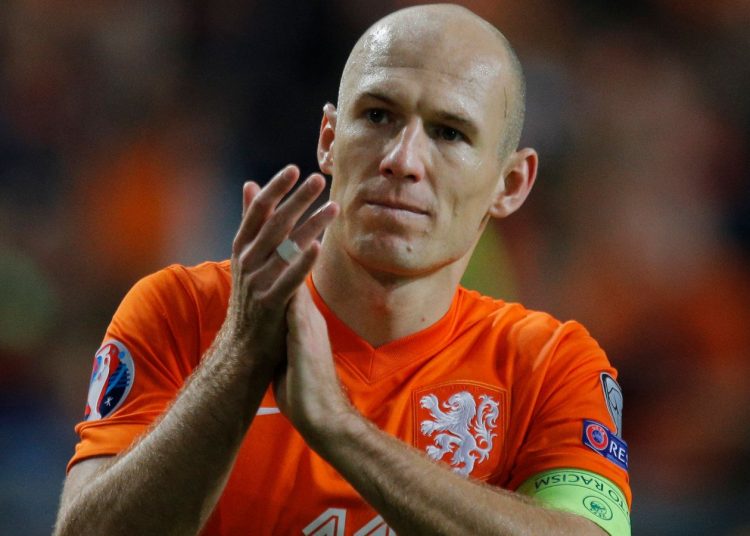 Arjen Robben has announced his retirement for a second time aged 37.

The former Chelsea, Real Madrid and Bayern Munich winger originally hung up his boots after leaving the German side in 2019.

However, he returned to re-sign with boyhood club Groningen in 2020, and spent last season with the Dutch side.

But Robben was limited to just seven appearances for the club due to injury and has now decided to call time on his career.

“Dear football friends, I have decided to stop my active football career,” he said. “A very difficult choice.

“I want to thank everyone for all the heart-warming support!”

At his peak, Robben was one of Europe’s most feared forwards, and he ends his career with an impressive trophy haul.

After breaking onto the scene with Groningen in 2000, he moved to PSV two years later and won the Eredivisie in his first season.

In 2007 the Dutchman transferred to Real Madrid, winning La Liga in 2008, before joining Bayern – where he would enjoy the most success – a year later.

Robben won eight Bundesliga titles and five German Cups during his time at the Allianz Arena, before choosing to announce what would be a short-lived retirement.

Along with his club success, Robben won 96 caps for the Netherlands and, although he played in the 2010 World Cup final, he was unable to lift silverware with his country.