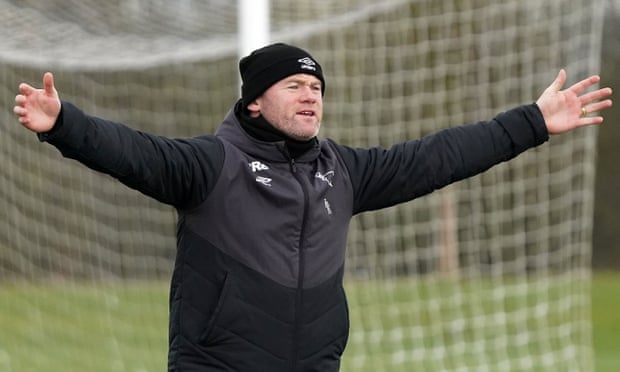 Wayne Rooney has inadvertently further hampered Derby’s strained preparations for the new season after injuring one of his players during a recent training camp.

The manager challenged Jason Knight during a practice game that left the Republic of Ireland midfielder with an ankle injury that could sideline him for up to three months.

Rooney was taking part in a session at Pennyhill Park, the training base for England’s rugby union team, to make up the numbers after being left with only nine senior players, including two goalkeepers. Key players departed in the summer because of the uncertainty at the club, and the first-team coach Shay Given left after the expiry of his contract. Knight was among those to captain Derby last season and the 20-year-old academy graduate is considered one of the club’s best prospects.

Derby remain under a transfer embargo for financial reasons, including defaulting on payments to HMRC, but have been granted permission to sign free agents in line with strict wage limits. They are also allowed to sign players on loan, for half the season.

Rooney, whose side start the Championship season at home to Huddersfield on 7 August, is without a recognised centre-back, though the former Sheffield United defenders Phil Jagielka and Richard Stearman are among players on trial.