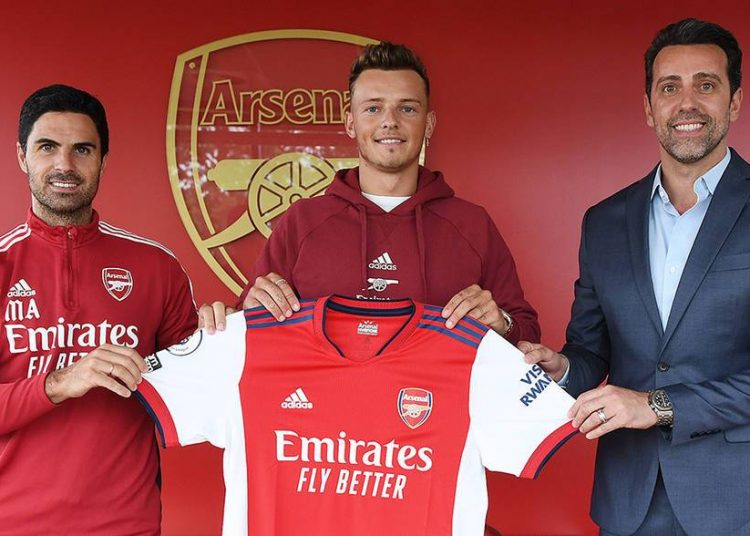 Arsenal have announced the signing of Brighton center-back Ben White on a five-year deal, with an option for one more, for a reported £50 million

White was a part of England’s European Championship squad, however, he did not feature in a single game.

White made 36 starts for the Brighton and Hove Albion side that finished 16th in the Premier League last season.

The Englishman had been at Brighton since 2014 when he left the Southampton youth system.

He rose to national attention as he started all 46 league games whilst on loan at Leeds United when they claimed promotion from England’s second-tier, whilst also winning the Sky Bet Championship.

He then established himself as a starter for Brighton last year.

Arsenal head coach Mikel Arteta was full of praise as he told the club’s official website  “Ben was a top target for us and it’s great that we’ve completed his signing. Ben has been educated with two very good clubs, Brighton and Leeds, in recent seasons. He has benefitted well from two very good coaching set-ups and has shown with both Brighton and on loan with Leeds what a strong talent he is. ”

Arsenal have also announced that White will be given the number 4 shirt which had been previously been assigned to William Saliba.