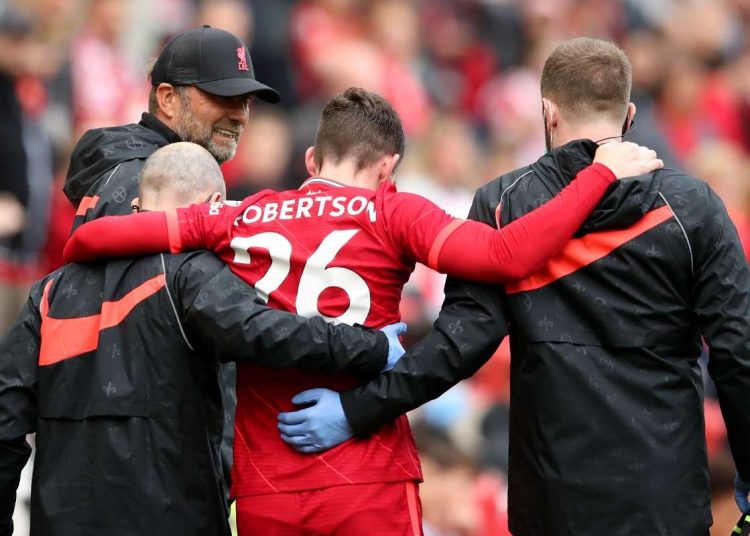 Andy Robertson will undergo a scan on Monday after suffering an ankle injury in Liverpool’s friendly against Athletic Bilbao on Sunday.

The Scotland international twisted his ankle during the 1-1 draw at Anfield, less than a week before Liverpool begin their Premier League season at Norwich.

Liverpool manager Jurgen Klopp must now wait to learn the severity of the injury to Robertson, who did not miss a single league match in the previous campaign.

We obviously don’t know in the moment how serious it is. It was pretty painful and that’s why Andy went off,” Klopp said.

“You probably saw it on the TV pictures better than we did, but he got the ball, the ball on the front of his foot, [and] twisted the ankle.”

Liverpool have been relatively quiet in this transfer window, compared to their title rivals, only bringing in Ibrahima Konate from German side RB Leipzig to bolster their defensive options.