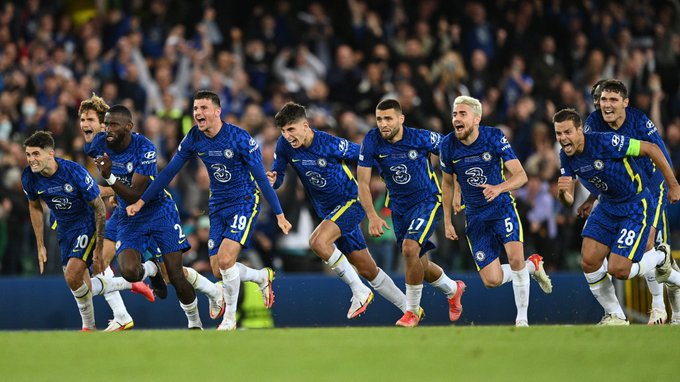 Chelsea beat Villarreal 6-5 in a penalty shootout to lift the Uefa Super Cup for a second time after a draining 120 minutes of action ended 1-1 in Belfast.

Substitute goalkeeper Kepa Arrizabalaga saved captain Raul Albiol’s spot-kick at Windsor Park on a night that began superbly for the Blues with an excellent first-half performance before the Spaniards stormed back into the contest after the break.

Hakim Ziyech opened the scoring for the Blues midway through the opening 45 minutes but was then forced off with what looked like a worrying shoulder injury before half-time.

The Spaniards hit the woodwork either side of the break before Gerard Moreno equalised in the 73rd minute to force extra time.

Chelsea, who look set to complete a deal to re-sign striker Romelu Lukaku for a club record fee of £97.5m from Inter Milan, failed to rediscover their first-half vigour in extra time but did come close to a winner through Christian Pulisic and Mason Mount.

It was the first time the Super Cup was played in Northern Ireland and 13,000 spectators generated a fantastic atmosphere in the south Belfast stadium, the highest attendance at any sports event in the country since the outbreak of the Covid-19 pandemic.