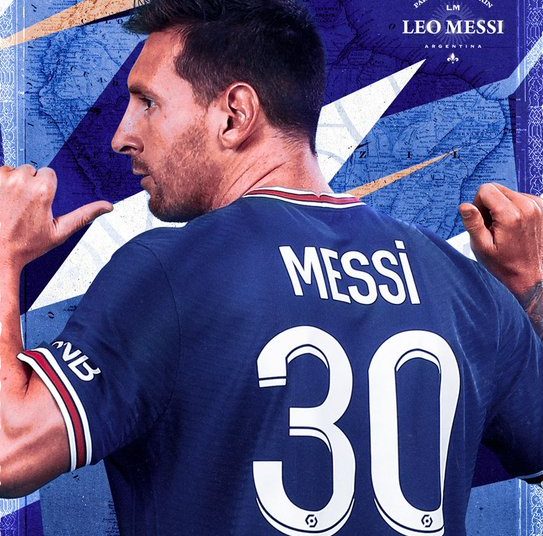 After spending two decades with Barcelona, soccer superstar Lionel Messi has joined Paris Saint-Germain on a two-year contract (with an option for a third year).

All that financial whirlwind eventually led to the scene in Paris on Tuesday where Messi arrived at Le Parc des Princes in a motorcade. He was also ready to sport a new number.

PSG announced the Messi signing with a presentation video of Messi in his new uniform, and he settled on No. 30 with his new club.

Given the earlier teasers that included Neymar’s No. 10 jersey, we knew a number change was coming for the Argentinian superstar. French outlet bfmtv.com reported that Neymar offered to give up No. 10 in order to bring in Messi, but Messi declined and opted to go with a throwback to the early days of his legendary career.

Lionel Messi reportedly rejected the chance to take Neymar's No. 10 shirt and is set to wear No. 30 at PSG. It's the number he wore on his Barcelona debut in 2003. ❤️ pic.twitter.com/aXMYULWSrJ

The choice in Paris seemingly came down to 30 and 19, and after PSG backup goalkeeper Alexandre Letellier agreed to give up No. 30, Messi’s choice was made.

The number is going to take some getting used to, but then again, all of this is new — number included.