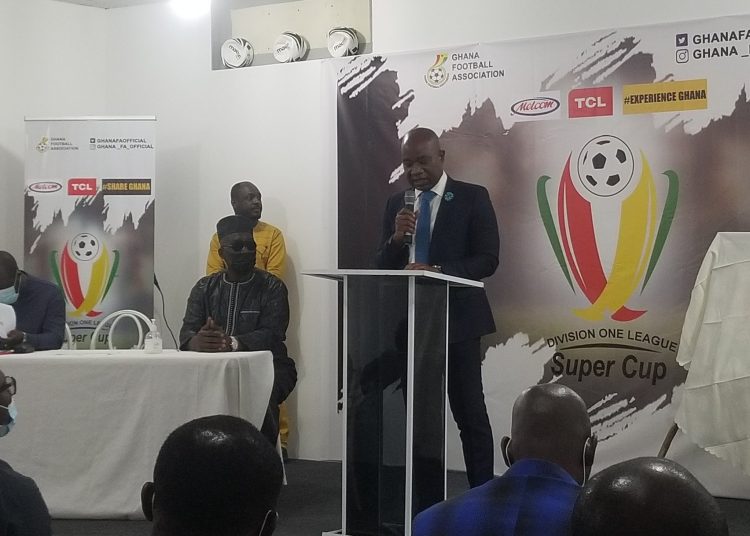 As the name suggests, the competition is for clubs in the second-tier of Ghana football.

The Super Cup is specially created for the best performing clubs at the end of the Division One League season.

In its maiden edition, eight (8) top teams are drawn from the three zones that make up Division One football.

Why the DOL Super Cup

Vice-President of the GFA who doubles as Chairman of the planning committee, Mark Addo explained:

“The FA with its Executive Council deems it necessary to promote Division One League so as to attract more visibility and also effectively attract more corporate sponsorship.

“The Division One League serves as a playground for identifying and developing talents as well as serving as a feedstock for promoting talent to the Premier League and potentially to the national teams.

“It is within this context that we are creating the Division One League Super Cup to help motivate clubs and to enable them to improve performance and also create additional competition for them.

“The Division One League Super Cup will provide a national platform of visibility as well as the recognition of the success of the just-ended league and also help showcase DOL talent and football to the country.

“It will also provide the platform for the nation to see all the three qualified teams to the Premier League – namely, Bibiani Gold Stars, Real Tamale United and Accra Lions…”

The maiden DOL Super Cup is planned to be held from the weekend of September 19 for two weeks. It will be held at the Technical Centre of the Ghana Football Association – Ghanaman Soccer Centre of Excellence at Prampram.

All qualified teams will camp at the venue, at least, a week before the tournament kicks off.