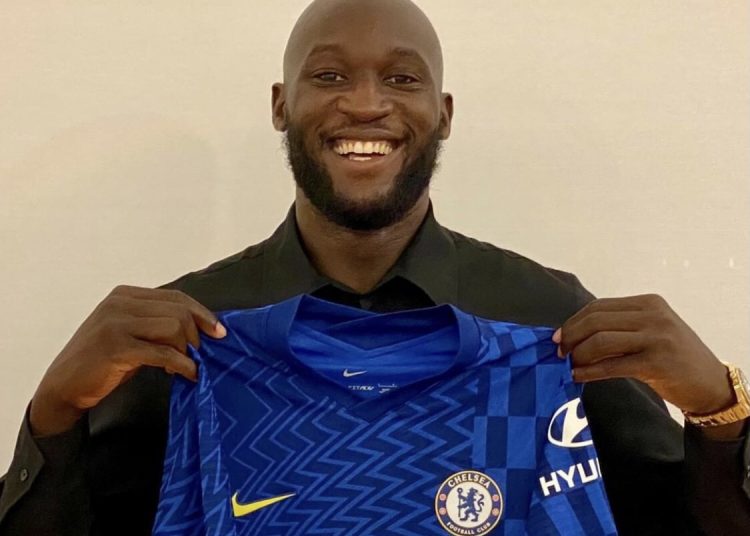 The 28-year-old Belgian returns to Stamford Bridge on a five-year deal, having left the Blues to join Everton for £28m in 2014.

The fee is just short of the British transfer record of £100m paid by Manchester City for Jack Grealish.

“I came here as a kid who had a lot to learn, now I’m coming back with a lot of experience and more mature,” Lukaku said.

“I have supported Chelsea as a kid and now to be back and try to help them win more titles is an amazing feeling.”

More money has now been spent on Lukaku than any other player in history with clubs paying out a combined figure of about £290m in transfer fees for him.

Two of the top five fees paid for a player in British football history have now been for Lukaku.

Belgium’s all-time top goalscorer is also the most expensive player ever sold by a Serie A club, having become the third most expensive buy in Italian history when he joined Inter in the summer of 2019 from Manchester United for £74m.

European champions Chelsea finished fourth in the Premier League last season, scoring 58 goals – which was only the eighth-highest total in the division.

German striker Timo Werner, who signed for a reported fee of about £48m in June 2020, contributed just six in 35 league appearances.

Chelsea director Marina Granovskaia said, in Lukaku, they have signed “quite simply one of the world’s best strikers and goalscorers”.

“We are absolutely delighted to be bringing him back to the club he loves, and are excited to be adding his talent to our Champions League-winning squad,” she said.