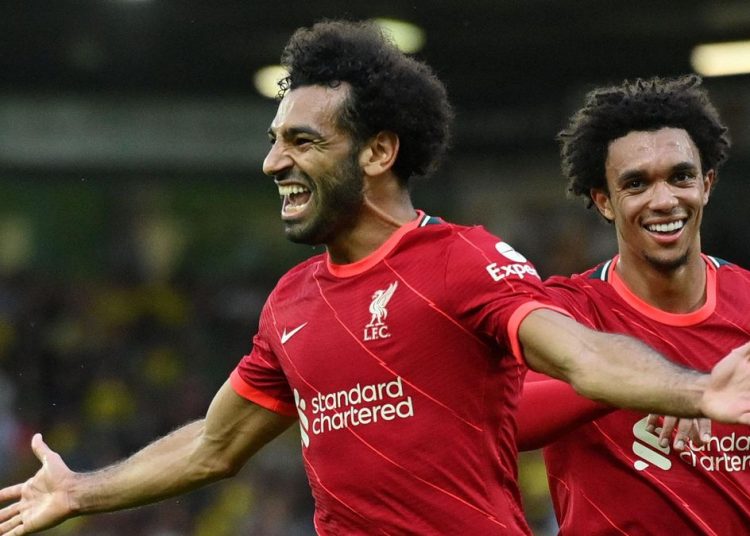 The record-breaking goal came when the two-time African Footballer of the Year helped Liverpool march to a 3-0 victory over Norwich to kick-start their 2021/22 Premier League campaign on Saturday.

The match was the 100th different Liverpool game in all competitions in which Salah has found the net.

After scoring a hat-trick against Leeds United in the opening matchday last year, he became the second Premier League player after Teddy Sheringham to make it four successive scoring starts.

The 29-year-old scored in August 2017 on his Premier League debut against Watford as the Reds drew 3-3.

The following year, he broke the deadlock during his side’s 4-0 thrashing of West Ham United at Anfield.

Salah scored and assisted as Liverpool beat Norwich 4-1 in 2019 when Klopp’s side ended their 30-year wait for a league title.

Sheringham netted in every curtain-raiser from 1992 to 1995 for Tottenham Hotspur.