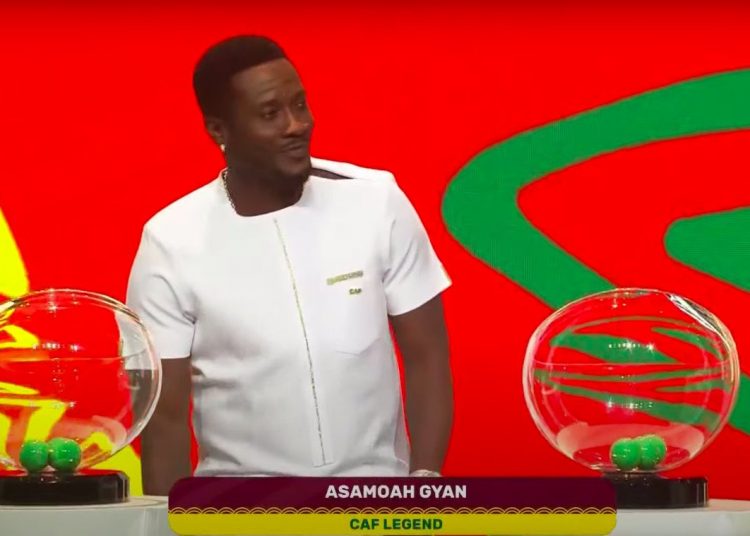 The Black Stars have been drawn in Group C alongside North African giants Morocco, AFCON debutants Comoros and 2017 hosts Gabon.

Gyan, who was part of a list of legends who conducted the draw, said the group was tricky but expressed confidence in the Black Stars’ ability to progress and do well at the competition to be hosted in Cameroon next year.

The chase for the 5th begins here. What are your thoughts on the draw? #AFCON2021Draw pic.twitter.com/8qGyKRK1ee

“It’s a tricky group. Morocco are up there. I think they conceded just one goal during the qualification so statistically they are one of the strongest in the group,” Gyan said.

“But Ghana is up there as well. That’s my country and I’ll be rooting for them.

“Every team who has qualified for the AFCON is coming to win. Statistically, Ghana is up there but we don’t know what’s going to happen.

“We just have to make sure we qualify from the group stages and then we can think about winning the cup,” Gyan told host Mimi Fawaz on the stage of the draw.

Ghana, who are based in the capital Yaounde, will open their campaign against Morocco on January 10 before facing Gabon on January 14.

CK Akonnor’s men will then conclude their group stage campaign against Comoros on January 18 in Garoua.