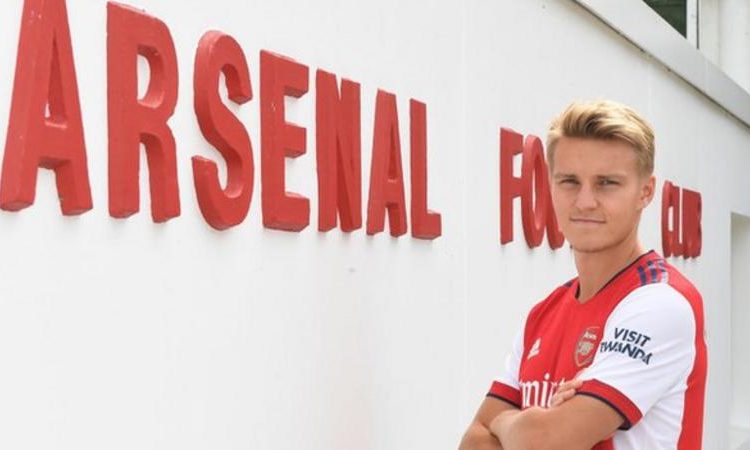 Arsenal have completed the signing of Martin Odegaard from Real Madrid on a permanent deal.

The Norway international, who joins for an initial £30m plus bonuses worth around £4m, was in London on Wednesday undergoing a medical after the two clubs reached an agreement.

The 22-year-old spent the second half of last season on loan with the Gunners after failing to break into the Real Madrid team under Zinedine Zidane, and now returns to the Emirates Stadium on a five-year deal.

He made 20 appearances across all competitions, with one of his two goals coming in the north London derby win over Tottenham in March.

Odegaard – who will wear the No 8 shirt – will be unavailable for Arsenal’s Premier League clash with London rivals Chelsea on Sunday, live on Sky Sports.