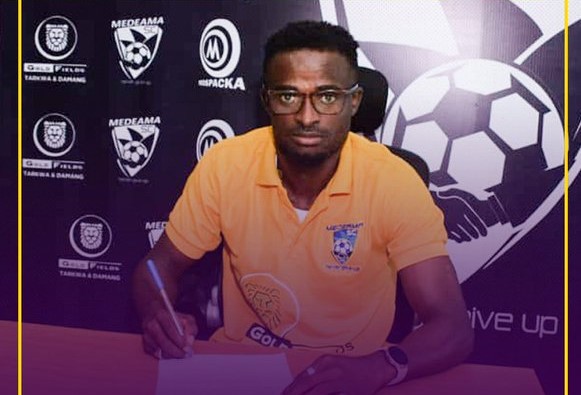 The young gaffer – a Caf License A holder – comes in as a replacement for Yaw Preko whose half-a-season contract was not extended.

After fruitful discussions, the 35-year old will guide the Mauve and Yellows for the next three seasons – beginning the 2021/22 campaign through to the end of the 2023/24 season.

“We are delighted to announce the appointment of Ignatius Kwame Osei-Fosu as our new Head Coach on a three-year deal,” the club announced via their socials.

Ignatius Osei-Fosu helped Eleven Wonders to escape relegation from the Ghana Premier League in the recently-ended 2020/21 season. He was the head coach for the Techiman-based side for almost two years.