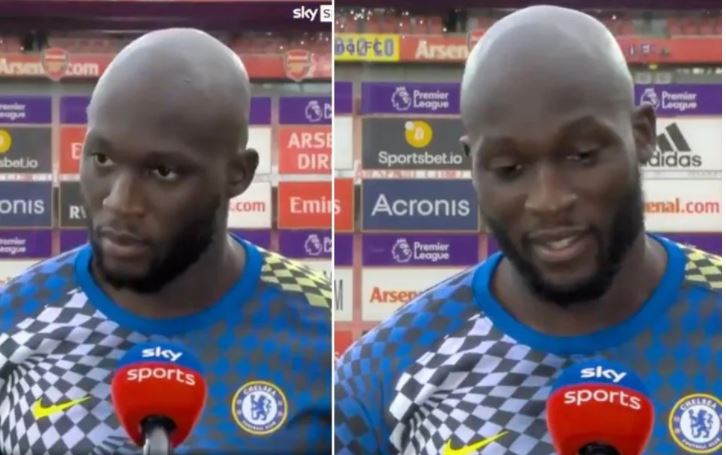 However, an hour before kick-off, Gooners received the news they were fearing – Lukaku would be leading the line for Chelsea at the Emirates.

And it only took 15 minutes for the Belgian to mark his mark on his second Chelsea debut.

Arsenal fans clearly appreciated Lukaku’s performance at the Emirates and, after the match, cheekily asked if he’d be willing to play for the Gunners.

One reporter was brave enough to ask the striker what he thought of playing for Mikel Arteta’s side to which he replied: “Never. No chance.”

After bullying the Arsenal defence for 90 minutes, Lukaku went and kicked the club when they were down.