2022 WCQ: “It is time to work” – Andre Ayew rallies teammates ahead of start of qualifiers 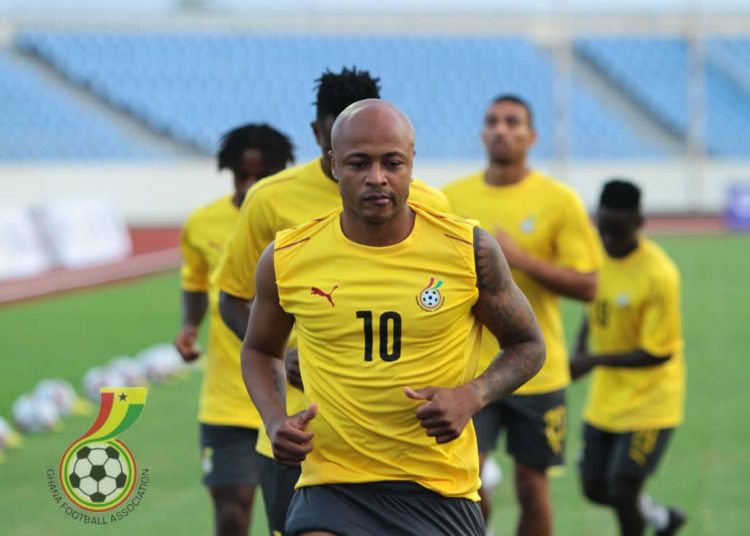 Black Stars captain, Andre Ayew, has sent a rallying call to his teammates ahead of the start of the 2022 FIFA World Cup qualifiers this month.

Ghana begin their journey to Qatar 2022 with a home game against Ethiopia on Friday September 3, 2021.

Having missed the 2018 edition, Ayew, who played at the 2010 and 2014 world cup tournaments says he and his teammates are fully aware of the magnitude of the task ahead and are well prepared to face the qualifiers.

“We’re totally focused on the task ahead of us. We want to start this World Cup qualification really well at home, so we’re ready, we’re well prepared,” Ayew said at the pre-match press conference on Thursday.

“Now is the time to go and do the job. We know that it’s six games, but this is the first one and we want to start with a great victory in front of our fans.

“Jonathan [Mensah], Jordan [Ayew] and [Mubarak] Wakaso are all players who have played at the World Cup, and we know what it is. We know the power behind it, we know the level of football behind it and what especially it brings to the people of Ghana and the nation, so we know that we have to do our job.

“[We have to] make sure that we guide the boys really well and make sure that we personally individually perform to make it happen. But it’s a long journey. It’s a marathon, six games, and it starts tomorrow.”

The current Black Stars team is a much changed team from the team that featured at the 2014 World Cup Brazil with only four members of Ghana’s current squad having previously played at the world cup.

But Al-Sadd midfielder, Ayew, who has two world cup campaigns under his belt, says he has enough confidence in the new crop of players in the Black Stars team.

“I’ve been with two different generations of the squad. I’m very happy with the boys that are here. We work really well, the group is gelling well. We’ve been in camp since Monday. Everything is okay. You can see that there’s a lot of quality, there’s a lot of talent,” Ayew added.

“So, I’m convinced and sure that the players who are going to represent the nation are all ready to make the nation proud. So to be frank, the boys here are very talented, good players, determined to succeed. So I believe that with patience, with hunger, we’ll be able to succeed.”

Ghana is missing key players like Kudus Mohammed of Ajax Amsterdam and Thomas Partey of Arsenal who are both out with injury.