Labored; shambolic; spiritless: This is not our Black Stars 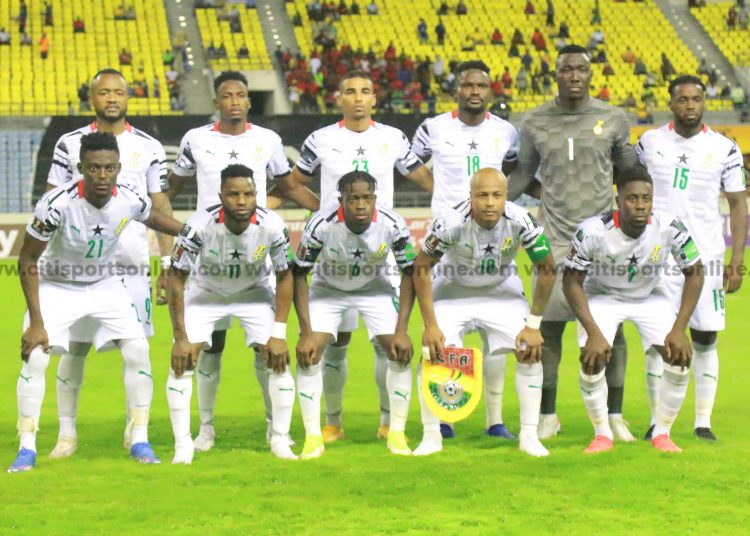 On July 2, 2010, the world watched in awe as the Black Stars of Ghana came within a penalty kick of being a top four nation in world football.

They captured the imagination of the world, steering an entire pan-Africanist movement, bearing the soul and hopes of nearly a billion people on the continent.

The football was crisp, efficient and structured. The style was identifiable, the players fit and hungry and the coach tactically astute. They dispatched Serbia’s grit, matched Germany’s flair and showed spirit to get past the United States.

They had the country smitten with pride and adoration. Every Ghanaian was proud to say, “that’s my team, the Black Stars of Ghana”.

What we witnessed on Friday evening at the Cape Coast Stadium against Ethiopia was a bunch of footballers pretending to be the Black Stars of Ghana. Surely, there was nothing about the team that gave even the slightest hint of the team we all fell in love with.

Ghana might not have an AFCON title in 40 years, but what the team has had is the pride in playing some breathtaking football at times, and highly adept football at other occasions.

But those times are now well and truly gone and the only thing that brought joy to fans in the painful trophy-drought years has now also been ripped out of the soul of the team – systematic football.

This was not one of those wins that could be dismissed as ‘scrappy’. It would be short-sighted for anyone to suggest ‘a win is a win’. The drab performances have become habitual; an indication of a deep-rooted problem that requires immediate fixing.

Against Ethiopia, CK Akonnor’s team looked labored, disorganized and spiritless in the victory against a team that was hammered 7-0 on aggregate the last time the two countries faced each other in 2017.

The coaching in this game was experimental and out of depth; the performance of individual players run-of-the-mill.

The Black Stars has built a reputation for being generationally blessed with magnificent midfielders and when the team has previously had its problems either in goalscoring or defending, the prominent midfielders have often come to the rescue.

Michael Essien, Stephen Appiah, Sulley Muntari and Laryea Kingston formed a pivot that dominated even the best midfields in the world, while Anthony Annan, Kwadwo Asamoah and Kevin Prince Boateng captured hearts at the 2010 World Cup.

It is not rocket science to suggest that when AKonnor opts for two defensive midfielders -Wakaso and Baba- against Ethiopia at home, it is expected that the midfield battle would be won. But when those two midfielders are dominated by Ethiopia throughout the game and the Ghanaian midfielders struggle to string passes together, the competence of the coach must be called to question.

Jordan Ayew looked tired, indecisive and generally out of sorts. Even my mother could see it. He should not have lasted as long as he did.

Yaw Yeboah was the obvious replacement for the injured Jeffrey Schlupp. The team was begging for a creative outlet. His late introduction was justification that he should have been brought on earlier.

Emmanuel Lomotey’s late introduction into the game was admission from Akonnor that the Ethiopians were better and his 1-0 lead was under threat.

And in fairness, the Ethiopians deserved at least a point from this game. They played more coherently, passed the ball better, and only lost the game because of the baffling generosity of their goalkeeper.

It is time for Ghana to accept it has well and truly now become an average team that can no long match up to the big boys of African football.

The last time the Black Stars beat a team ranked in the top 10 in Africa was 2017, when they recorded victories against Mali and DR Congo at the AFCON.

Since then they have lost to Burkina Faso (twice), Mali, Kenya, Tunisia, Sudan, Morocco and been held by Cameroon, Cote d’Ivoire, Benin,  South Africa.

Consistently, Akonnor has made questionable call ups and his deployment of personnel has been suspect.

What is the obsession with consistently overlooking Alfred Duncan in favor of Emmanuel Lomotey? Why has Philemon Baffour been called four times but never given a chance to show why he deserves a place? Why was Kamaldeen Sulemana, a player so efficient playing as a left sided attacker, played on the right?

Akonnor has been in charge of this team long enough it is impossible to continue to make excuses for the cluttered performances his team unfailingly churns out.

There is no recognizable pattern of play; no measurable system and structure. It is almost as if he puts 11 men together and asks them to chase a ball around. This is the highest level of national team football. The tactics must match the talent. So far, it hasn’t.

Ghana’s other opponents in the world cup qualifying group would have watched this and licked their lips.

Ethiopia would feel confident ahead of the return leg. South Africa, having drawn their first game against Zimbabwe, would feel their first three points would come on Monday and Zimbabwe, with a coach who has previously worked in Ghana in Zdravko Logarusic, would not be moved by what they saw from the Black Stars.

We have always feared the team could one day slip into the mediocrity of the late 90’s and early 2000s and surely, it appears we are there now.

And isn’t it curious that it’s under the stewardship of the man who, as a player, superintended over some of the worst Black Stars teams of recent memory?

We need our team back. This is not our Black Stars.