Morocco squad escorted out of Guinea after apparent coup 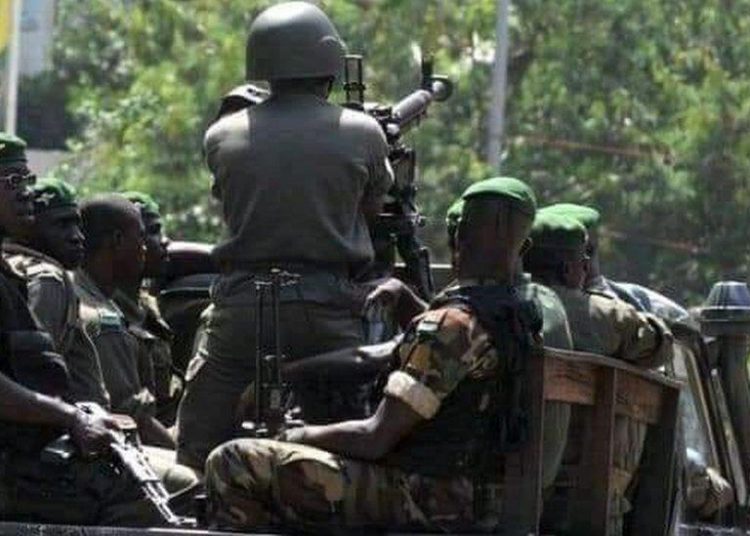 Morocco’s national team was escorted out of Guinea, where they were set to play a World Cup qualifier on Monday, on Sunday after an attempted coup took place in the capital Conakry.

Yet the Moroccan delegation was trapped in its Conakry hotel, where coach Vahid Halilhodzic heard gunfire ‘nearly all day’ as he told French media agency L’Equipe, as the country’s embassy tried to arrange their safe passage out of the country.

After hours of uncertainty and with some players ‘worried’ according to Halilhodzic, both the Moroccans and the match officials were finally given an escort to the airport, from where they flew out late on Sunday.

“Guinea’s borders are currently closed, but the Moroccans and match officials were given special authorisation to leave,” Cellou Diallo, who often reports for Canal+, told BBC Sport Africa.

Earlier in the day, soldiers had appeared on Guinea’s national TV claiming to have dissolved the government, although the defence ministry said the attempted takeover had been thwarted by the presidential guard.

The fate of Guinea’s President Alpha Condé was unclear after an unverified video showed him surrounded by soldiers.

“The current political and security situation in Guinea is quite volatile and is being closely monitored by Fifa and Caf,” read a joint statement by the bodies. “To ensure the safety and security of all players and all match officials, Fifa and Caf have decided to postpone the match.”

On the pitch itself, Namibia produced an upset in Group H when winning 1-0 in Togo.

Elmo Kambindu scored a spectacular overhead kick in the second half, with the goal allowed to stand despite television replays suggesting the forward was offside.

After gaining a point against Congo on Wednesday, the Namibians go top of the group but Senegal – who beat Togo in their opener – can move clear with victory in Brazzaville on Tuesday.

On Sunday evening, Gabon drew 1-1 with Egypt, reduced to ten men after Omar Gaber’s 71st-minute dismissal, as Mostafa Mohamed rescued the visitors with a last-minute equaliser.

Jim Allevinah gave Gabon the lead two minutes after Gaber’s red but Egypt, for whom Liverpool’s Mohamed Salah started after missing the win over Angola because of Covid-related travel issues, did enough to top Group F with four points.

Libya can move above Egypt should they avoid defeat in Angola on Tuesday.

Earlier, Rwanda were held to a 1-1 draw by Kenya with Michael Olunga’s 9th-minute goal cancelled out shortly after by Abdul