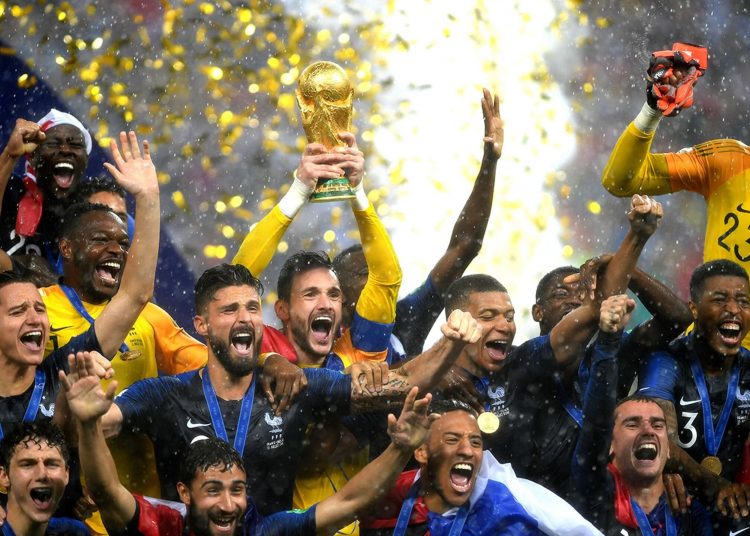 Fifa’s radical plans to stage a biennial World Cup came under attack hours after they were officially unveiled on Thursday – with the World Athletics president, Sebastian Coe, warning of growing anger across Olympic sports and Uefa’s president, Aleksander Ceferin, saying the proposals could “kill football”.

The Premier League joined 36 other European leagues in signing a statement stating they were “firmly and unanimously opposed” to Fifa’s proposals for a new international calendar which would see a major international tournament every summer, with the World Cup and Euros in alternate years.

Arsène Wenger, Fifa’s head of global development, has suggested that a biennial World Cup could begin in 2028, weeks before the Los Angeles Olympics is due to take place.

When Coe, a member of the International Olympic Committee, was asked by the Guardian whether there were widespread fears across summer sports that they could be smothered as a result he simply replied: “Yes.”

“I can see no good reason for it,” he added. “There may be vested interests here but the summer sports are protective about the landscape as it’s hard enough for them as it is to grab space in the traditional or digital media. A biennial World Cup will inevitably start clashing with the Olympic Games too.

“I’m a big football fan, but I fear that you’re going to put a lot of players under some big physical stress. The clubs and leagues are all opposed to it. And my gut instinct is that you can keep cramming stuff into the calendar if you really want to, but less is more sometimes.”

Fifa’s plans were also condemned by Ceferin, who when asked how Uefa could block a two-yearly World Cup, told the Times: “We can decide not to play in it. As far as I know, the South Americans are on the same page. So good luck with a World Cup like that. I think it will never happen as it is so much against the basic principles of football. To play every summer a one-month tournament, for the players it’s a killer.”

Ceferin, who has called a meeting of Uefa’s 55 member countries for Tuesday, said that Uefa would not introduce a Euros every two years if the new calendar went through.

“It might be good for Uefa financially but the problem is we would be killing football like that,” he said. “We are killing the players. I don’t see the clubs allowing the players to go and that would divide us completely.

“I have spoken to Zvonimir Boban [the former Croatia international, now Uefa’s chief of football] and he has said players are not fully recovered from a World Cup or Euros until November. Imagine that happens every year?”

Wenger said the final decision on a biennial World Cup would be a “democratic” one made by the member associations – an overwhelming majority of whom backed the idea to commission the feasibility study – and reiterated that he hoped it would be decided by December.

When asked about a potential global revolt, the former Arsenal manager replied: “If people have better ideas, I’m open to it. I welcome every idea that is better than mine. But I’m convinced … we can get everybody to accept that this is the best solution.”

Fifa said on Thursday that Japan had withdrawn from hosting the 2021 Club World Cup because of the Covid situation in the country. Chelsea were among the clubs due to play in the tournament in December. Fifa said it would announce an alternative host in due course.

Lionel Messi’s fabulous hattrick that took him above Pele [VIDEO]

Lionel Messi's fabulous hattrick that took him above Pele [VIDEO]