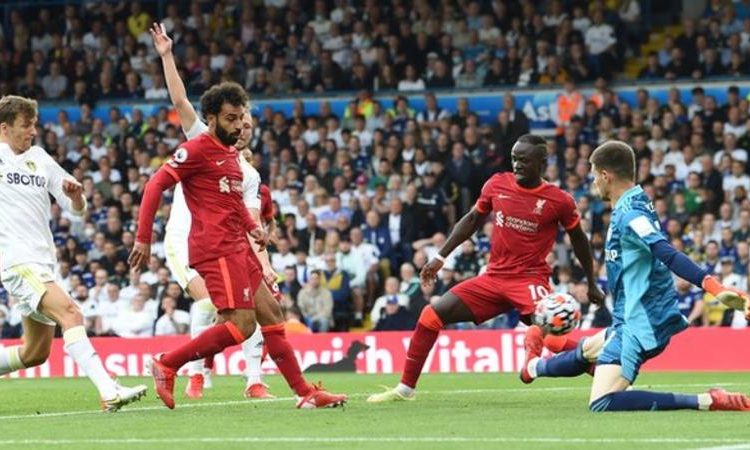 The game was somewhat marred, though, by a dislocated ankle to teenage midfielder Harvey Elliott, who was stretchered off following an initially innocuous-looking sliding challenge from Pascal Struijk that ultimately saw the Leeds player sent off.

Liverpool were already firmly in control of the game by then, though.

Egyptian forward Salah was perfectly placed to tap in Trent Alexander-Arnold’s low cross and give the Reds a 20th-minute advantage, with Fabinho bundling home the second following a corner five minutes after the break.

Sadio Mane had missed a number of chances in the game, but made absolutely certain of the points with a low finish into the far bottom corner in injury time.

Leeds had their chances too, with Rodrigo firing the best of them straight at Alisson with the game still goalless.

But with a man fewer, Leeds could not muster the challenge required and have now failed to win any of their first four top-flight matches in a season for the first time since 1958-59.

They will also now have to deal with a shortage of numbers in central defence, with Struijk banned and Diego Llorente limping off in the first half to join Robin Koch on the treatment table.